Brexit: Effects on the UK National Health Service and Immigration 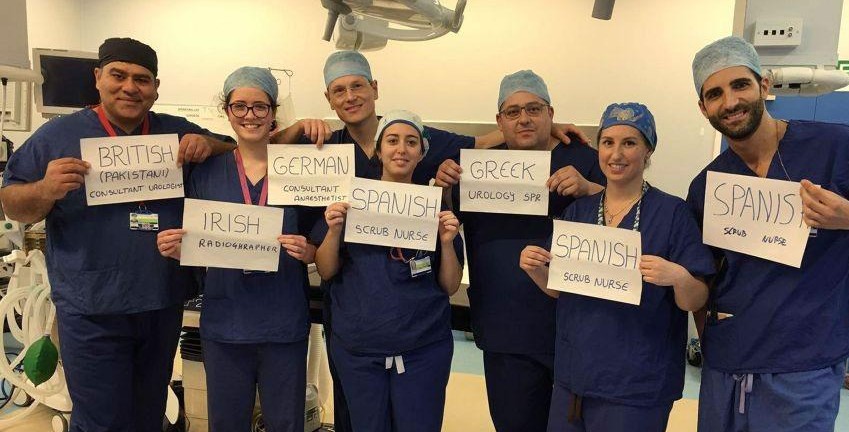 For Britain’s NHS, the Brexit threat is to the system. For immigrants, it’s “more personal and existential”

With six months until Brexit, the UK’s National Health Service is beset by uncertainty over staffing, patients, medicines, devices and public health, especially if there is No Deal.

As 30% of NHS staff come from the EU, any shift in their recruitment and/or retention will have a ripple effect throughout the service in reduced levels of service, longer waiting times, and ultimately worse health outcomes. The latest data indicate that 12% of nursing posts and 9% of medical posts are vacant. Whilst the extent of likely departure of EU staff might be overstated, the current workforce crisis could become catastrophic if rules about right to work are changed. Recruitment of staff from outside the EU may not compensate for such losses.

UK citizens travelling abroad on holiday will need to ensure they have comprehensive travel insurance, as their European Health Insurance Card will no longer be valid. Uncertainties also surround the position of UK citizens resident in other member states, such as retirees whose health care costs are wholly or partly covered due to EU law at present.

In a No Deal, pharmaceuticals for UK patients may be delayed either through initial delays to medicines and supplies imported from other EU states. Longer term, the UK may no longer be seen as a priority launch market for drugs by pharmaceutical companies. Patient safety could be affected, as the UK will be excluded from the EU’s pharmaco-vigilance and blood and tissue safety vigilance systems.

As with other spheres, uncertainty in the NHS is rife. Whatever type of deal is finally agreed, it is important that staff and indeed patients are acting in anticipation — because the quantity and quality of care that the NHS can deliver is already being reshaped.

The unresolved issue of the post-Brexit legal status of EU citizens in the UK has led to growing anxiety among them and alienated potential newcomers from moving to the country. Data on net migration show a decline in arrivals from the EU and an increasing number of Europeans leaving Britain in the last two years. These trends are bad news for the UK economy in general and for some sectors in particular, for example, the recruitment crisis in the NHS as EU health professionals heads towards more secure and welcoming European destinations.

More than 27 months after the EU referendum, the lack of any firm legal commitment over residence and rights is forcing more and more EU nationals to reconsider their plans. Verbal commitments and political statements by senior politicians are no longer, especially as they are renegaded by fellow party members in the next news cycle.

For more than 40 years, the UK has embraced the principle of freedom of movement for EU citizens. This mobility has made the EU population increasingly intermingled, with mixed-nationality families. Currently there are 600,000 UK-born children in Britain with at least one parent from another EU member state.

For them, Brexit is not only a geopolitical transformation, but a process far more personal and existential — it forces them to reconsider who they are.