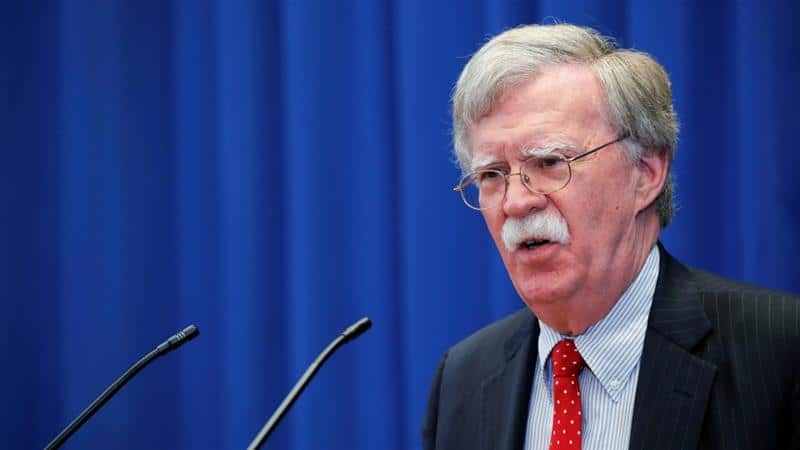 In a pair of provocative diplomatic moves, the Trump Administration has threatened the International Criminal Court and closed the Palestine Liberation Organization’s office in Washington.

National Security Advisor John Bolton (pictured), a long-time foe of the ICC, said on Monday that the US will prosecute the ICC’s judges and other personnel and impose sanctions.

Under the guise of “any means necessary to protect our citizens and those of our allies from unjust prosecution”, Bolton labeled the court — to which only six other countries (China, Iraq, Israel, Libya, Qatar, and Yemen) have objected — “illegitimate”, “ineffective”, “unaccountable”, “outright dangerous”, and “contrary to American principles”.

“We will ban its financial system and we will prosecute them in the US criminal system. We will do the same for any company or state that assists an ICC investigation of Americans,” Bolton said.

The National Security Advisor extended the threat to other countries, saying the US will “take note” of other countries’ cooperation with the ICC and “will remember that cooperation when settling US foreign assistance, military assistance, and intelligence sharing levels”. He added that the US will “consider taking steps in the UN Security Council” to “constrain” the ICC.

Bolton’s pretext for the threat was that the ICC might prosecute US personnel in Afghanistan, even though there has been no mention of such a case.

Instead, as a State Department official and the US Ambassador to the UN during the George W. Bush Administration, Bolton regularly cast international organizations as enemies, saying the top floors of the UN should be knocked off and repeatedly objecting to treaties and conventions, including on chemical and biological weapons.

Shutting Down the Palestinians

In its latest political and economic punishment of Palestinians, the Administration officially announced the decision to close the PLO office on Monday.

The State Department issued a statement pointing to the attempt to get Palestinian concessions to Israel:

We have permitted the PLO office to conduct operations that support the objective of achieving a lasting, comprehensive peace between Israelis and the Palestinians since the expiration of a previous waiver in November 2017. However, the PLO has not taken steps to advance the start of direct and meaningful negotiations with Israel.

To the contrary, PLO leadership has condemned a US peace plan they have not yet seen and refused to engage with the US government with respect to peace efforts and otherwise.

Earlier this month, the Administration cut off the US’s $200 million contribution to the UN agency for Palestinian refugees, UNRWA. Last week it suspended US aid for six hospitals in East Jerusalem serving Palestinians.

Trump Administration Halts More Than $200 Million in Aid to Palestine

In his speech to the right-wing Federalist Society, Bolton linked the closure of the PLO office in Washington to an Administration campaign to “not allow the ICC, or any other organization, to constrain Israel’s right to self-defense”.