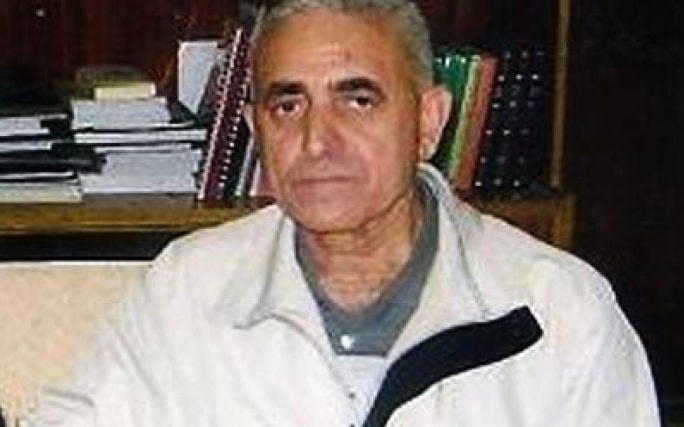 Gen. Jamil al-Hassan: More than three million Syrians should be pursued for punishment

Pro-opposition sites assert that a top general has called for a Syria with a sharply reduced population to ensure loyalty to the Assad regime.

Citing an inside source, The Syrian Reporter publishes claimed details of a meeting on July 27 of 33 high-ranking officers, discussing military and intelligence plans after recent pro-Assad advances with essential support from Russia and Iran.

Chairing the meeting, Gen. Jamil al-Hassan, head of Air Force Intelligence, said more than three million Syrians should be pursued for punishment: “A Syria with 10 million trustworthy people obedient to the leadership is better than a Syria with 30 million vandals.”

Hassan oversees the regime’s detention facilities, in which thousands of people have been executed or died from inhumane conditions since the start of the Syrian uprising.

The general said that, despite reoccupation of opposition areas by pro-Assad forces since April, Damascus and Daraa Provinces are “the two most dangerous areas threatening the Syrian state”.

At the same time, the officers considered the last major opposition area, Idlib Province in northwest Syria, and the difficulty regaining it because of Turkey’s presence alongside rebels.

Returning to his focus on displaced Syria, Hassan allegely said corrupted “sheep” will be filtered out, charged with terrorism: “After eight years, Syria will not accept the presence of cancerous cells and they will be removed completely.”

He said more than 150,000 files of wealthy people and businessmen who “aided the terrorists” have been complied. The suspects will be harassed and house arrest, leading to the seizure of their assets within two years to “rebuild what they destroyed”.

Russia’s Defense Ministry says its military police have begun deploying in the Syrian side of the Golan Heights, patrolling the 1974 zone of separation between Syria and Israel.

The Ministry announced the deployment after a pro-Assad offensive took almost all opposition areas in southern Syria last month. It said the MPs will remain until the Assad regime is ready to take over security.

On Thursday, a UN team was escorted by the Russians through the zone, established after the 1973 Arab-Israeli war. The UN had provided the personnel for security until the Syrian uprising began in March 2011.

Israeli Defence Minister Avigdor Lieberman said yesterday, “From our perspective, the situation is returning to how it was before the civil war, meaning there is a real address, someone responsible, and central rule.”

Asked if Israel should be less wary of clashes on the Golan, Lieberman said: “I believe so. I think this is also in Assad’s interest.”

Foreign Minister Ayman Safadi said Thursday that the closure of the Naseeb crossing, which brought billions of dollars in trade with Europe and Gulf States before the Syrian uprising began in 2011, will only be lifted when Amman is ready.

The crossing was captured by rebels in 2015. It was retaken by pro-Assad forces as they regained almost all opposition areas in southern Syria last month.

The Assad regime said last week that the road to Naseeb is ready, but Safadi said he has received no request from Damascus to reopen it:

We will deal with the request with all positiveness that serves our interests. Matters have to stabilize….

Jordan in principle wants open borders with all its neighbors….But when and how — this will depend on when we ensure our interests and our security.

Pointing to the importance of Russia in the discussions, Safadi said he had discussed the matter with Moscow.