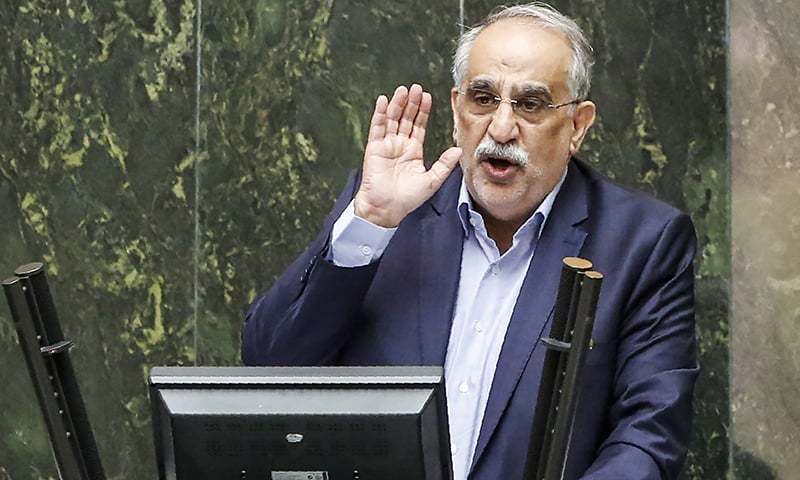 President Rouhani to be questioned by Parliament on Tuesday

Amid Iran’s economic crisis, Parliament has stepped up pressure on the Rouhani Government, dismissing the Economy Minister on Sunday.

The Majlis’ removal of Masoud Karbasian is the second firing of a Minister this month, following the vote against Labor Minister Ali Rabiei.

After questioning of Karbasian, the MPs rejected him by a 137-121 vote. Critics accused the Minister of “inability to run the economic affairs of the state”; “lack of prudence” and “not paying attention” to the Supreme Leader’s “Resistance Economy”, failure with privatization; lack of proper supervision of financial transactions; and inability to promote economic transparency.

Karbasian replied with a reference to US sanctions, “Problems were created after the United States ceased to respect its commitments”. However, he also implicitly spoke of internal problems, blaming interventions by groups such as the Supreme Leader’s office and the Revolutionary Guards: “Some of Iran’s economic problems have occurred in areas not under the administration’s control.”

Rouhani, who replaced the head of the Central Bank last month in an attempt to halt a 60% drop in the Iranian currency, was not in the Majlis for either vote. He sent 1st Vice President Es’haq Jahangiri and Cabinet members to represent the Government.

But the President is scheduled to face questions from the Majlis on Tuesday about the economic situation. It is the first time that Rouhani has been summoned for interrogation in his five years in the Presidency.

Long shaken by internal issues and US-led sanctions, Iran’s economy has been further weakened this year by the prospect of comprehensive American restrictions, following the Trump Administration’s withdrawal in May from the 2015 nuclear deal.

Production, trade, and investment are all under threat; inflation, which had been brought down from more than 40% to single digits, is rising again; and the Iranian rial has fallen 60% against the US dollar. There have been ongoing protests over wages, working conditions, and prices, with demonstrations across the nation in January and in July.

Hardliners have accused the Rouhani Government of failing to handle the crisis. Threatened with removal last month — including by the Supreme Leader’s office — Rouhani sharpened his denunciations of the US, buying himself some time.

Anglo-Iranian charity worker Nazanin Zaghari-Ratcliffe has returned to Evin Prison in Tehran after her three-day furlough to see family.

Zaghari-Ratcliffe, who was seized in April 2016 and enduring a five-year sentence, was unexpectedly freed on Thursday with no explanation of the reason. Some observers noted that it followed Eid al-Adha, the religious day marking compassion, but the release also coincided with Iran’s welcome of the UK replacing the US in the Arak heavy water nuclear reactor project.

The charity worker, who was employed by Thomson Reuters Foundation when she was detained, was able to see her daughter Gabriella, now 4. Gabriella was with her mother when they were stopped at the Imam Khomeini International Airport before boarding a flight out of Iran, following a visit to relatives.

Zaghari-Ratcliffe was initially told her request for an extension of the furlough had been approved, but then received a call telling her to return to prison by sunset.

Her husband Richard Ratcliffe said, “She was shivering and shaking and crying – and said: ‘How can you take me away from my baby, when she needs me’?”

Zaghari-Ratcliffe saying good-bye to her daughter: 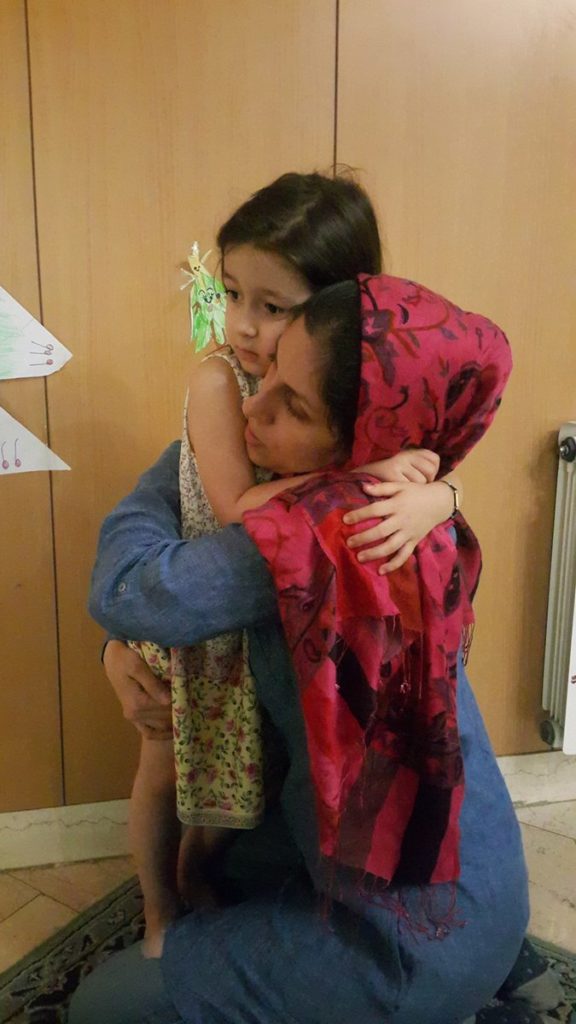