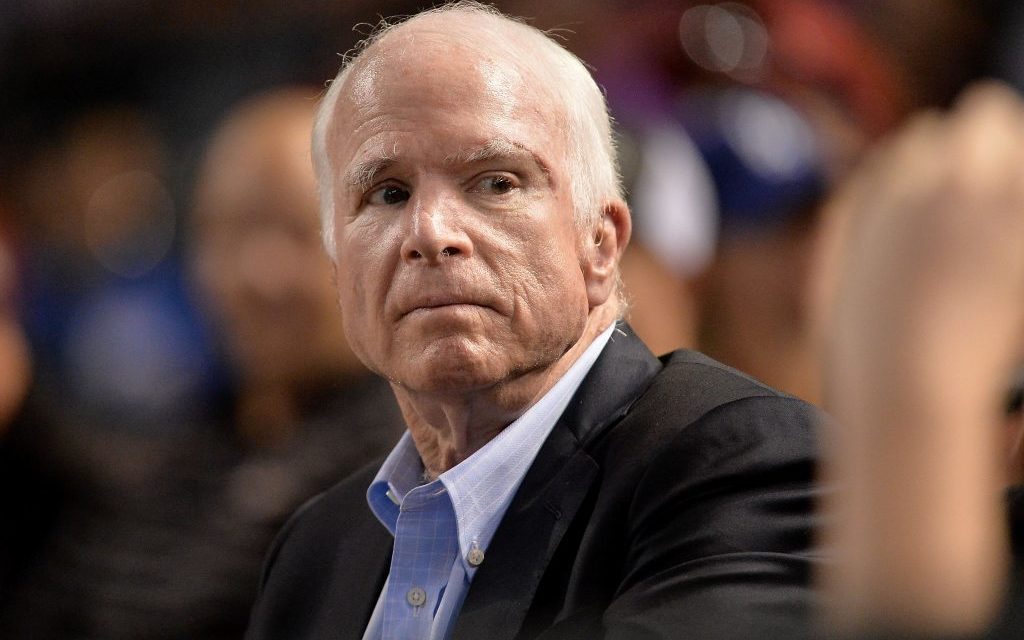 McCain died on Friday from brain cancer. Politicians, journalists, and activists spoke through the weekend of his military service — including 5 1/2 years as a prisoner-of-war in North Vietnam — and his decades in the US Senate and as a Presidential candidate.

But Trump vetoed a White House statement which praised McCain’s heroism and his military and political service. He told aides that he would post a brief tweet on Saturday night, which offered condolences to McCain’s family but did not mention the Senator.

The White House was left to post statements from other officials such as Vice President Mike Pence, Secretary of State Mike Pompeo, Defense Secretary Jim Mattis, and other Cabinet members and staff. They joined tributes from former Presidents Barack Obama and George W. Bush and foreign leaders such as Canadian Prime Minister Justin Trudeau and French President Emmanuel Macron.

Meanwhile, Trump was uncharacteristically silent on Twitter for most of Sunday, as he or his staff limited themselves to retweets of previous Trump thoughts on other topics.

Then, after a round of golf at his club in Virginia and returning to a White House with flags at half-mast, Trump ventured onto Twitter — to praise himself.

He reached back for a Washington Times article from two weeks ago, “Mainstream Media tries to rewrite history to credit Obama for Trump accomplishments”, and then — citing false poll numbers — sought the title of #1 President.

Over 90% approval rating for your all time favorite (I hope) President within the Republican Party and 52% overall. This despite all of the made up stories by the Fake News Media trying endlessly to make me look as bad and evil as possible. Look at the real villains please!

It certainly doesn’t bother me or the people I know close to John. I don’t think it bothers John one bit. If we heard something today or tomorrow from Trump, we know it’d mean less than a degree from Trump University.

I've had reporters call asking about the "relationship" between John & Trump or about their feud. There was no relationship. John McCain's values are America's values. They are not shared with Trump. There was no feud. John was about liberty & America, Trump about cash & power.