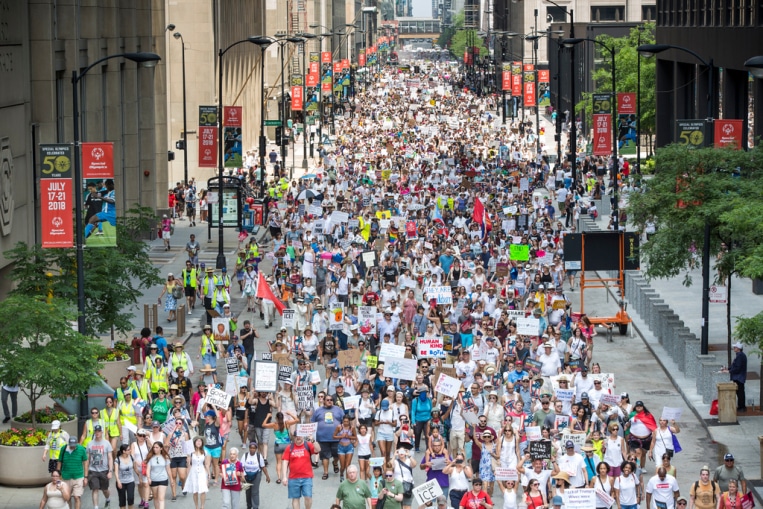 My chat with CNN International this morning about the 100,000s of Families Belong Together v. the policies, lies, and derogatory language of the Trump Administration….

Whether this succeeds will be a question not only of what happens in an election in November but what happens week-on-week….Donald Trump and his Attorney General Jeff Sessions and White House advisor Stephen Miller don’t want these children reunited. They are not buckling — they are doubling down on their bet.

See also In Pictures: The “Families Belong Together” Ralllies
TrumpWatch, Day 527: Trump Lies, Calls for No Legal Process Over Immigration