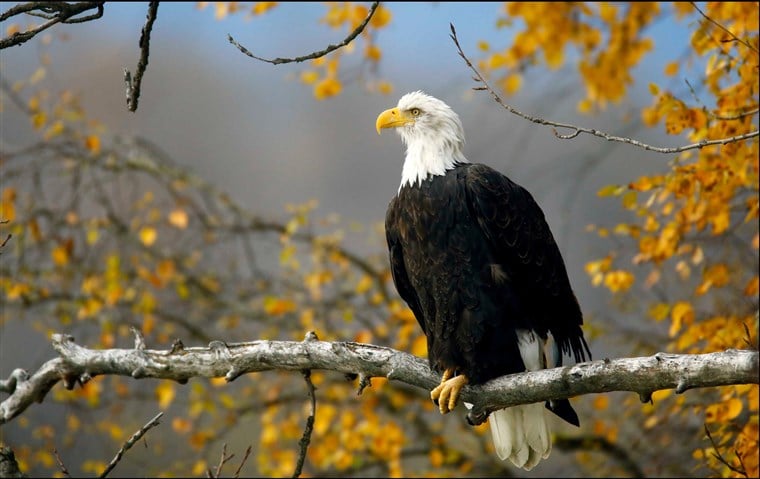 Lobbyist: “It’s probably the best chance that we have had in 25 years to actually make any substantial changes”

Developments on Day 550 of the Trump Administration:

The Trump Administration and Republican legislators are trying to weaken the Endangered Species Act.

For 45 years, the act has safeguarded fragile wildlife by limiting ranching, logging, and oil drilling on protected habitats. But in the past two weeks, more than two dozen pieces of legislation, policy initiatives, and amendments to weaken the law have been proposed by the Trump Administration or in Congress.

The proposals include removal of protections from the gray wolf in Wyoming and along the western Great Lakes; prevention of the listing of the sage grouse, a chicken-size bird that inhabits millions of oil-rich acres in the West, as endangered for the next decade; and removal from the list of the American burying beetle, an orange-flecked insect that is a target of oil companies that would like to drill on the land where it lives.

Last Thursday the Interior and Commerce Departments proposed fundamental changes to the Act. For the first time, economic consequences may be considered when deciding whether to protect plants or animals, even if they face extinction.

The initiative has been led by Deputy Interior Secretary David Bernhardt, a former oil lobbyist and lawyer whose clients included the Independent Petroleum Association of America. Last December, he convened a meeting at the Interior Department to set out the plans.

On July 12, the Congressional Western Caucus introduced a package of nine bills for permanent changes in the law that go beyond Bernhardt’s regulatory proposal.

Lobbyist Richard Pombo, a former Congressman from California, assesses, “It’s probably the best chance that we have had in 25 years to actually make any substantial changes.”

Rep. Raúl Grijalva of Arizona, the ranking Democrat on the House Natural Resources Committee, summarizes, “The last few weeks have seen the most coordinated set of attacks on the Endangered Species Act I’ve faced since I got to Washington. This is a crucial test.”

The Endangered Species Act was passed by Congress in 1973 and signed by President Richard Nixon. It has contributed to the resurgence of the American alligator, which had been hunted to near extinction for the use of its skin; the gray whale, depleted by commercial fishing in parts of the Pacific Ocean; and the bald eagle.

The federal Fish and Wildlife Service spends about $1.4 billion annually to protect threatened plants and animals.

The Department of Health and Human Services says 2,551 children, seized under the Trump Administration’s “zero tolerance” order from April, are still separated from undocumented immigrant parents.

HHS says most of 1,634 cases “eligible for reunification” are being processed.

However, many of the other 917 children are unlikely to see parents for months. In 463 cases, parents have been deported and in 130 they have waived the right to reunification.

Sixty-four parents have been deemed ineligible, for example, because of a prohibitive criminal record. Another 260 cases are still being evaluated.

BREAKING: Here are the new numbers, just in, about still-separated migrant kids and parents.

463 parents of the 2,551 separated kids are potentially *already* deported, putting their reunification in jeopardy.