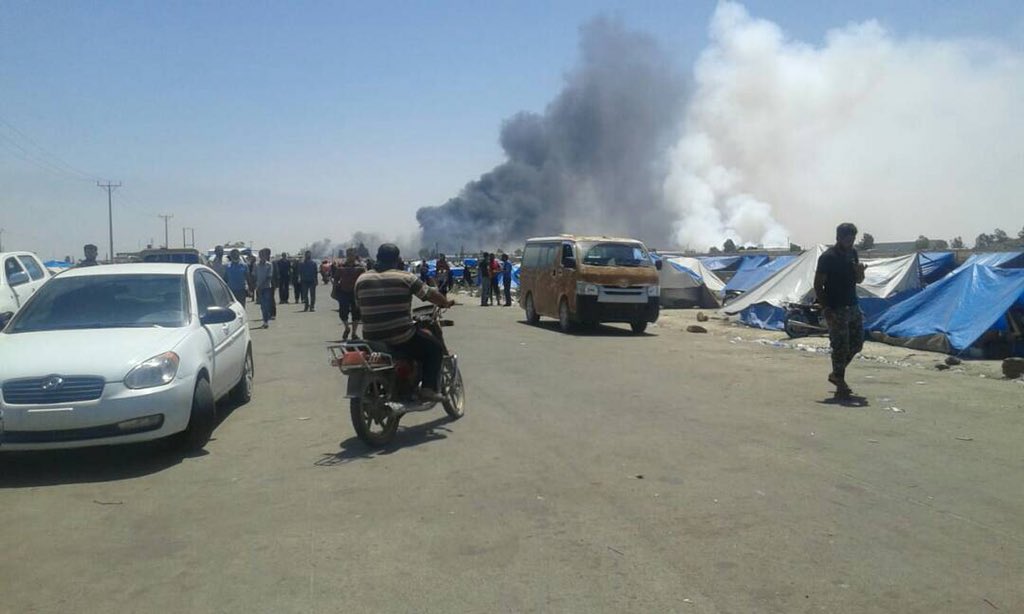 UPDATE 1315 GMT: Images of some of the latest civilians displaced by pro-Assad attacks and Russian bombing: 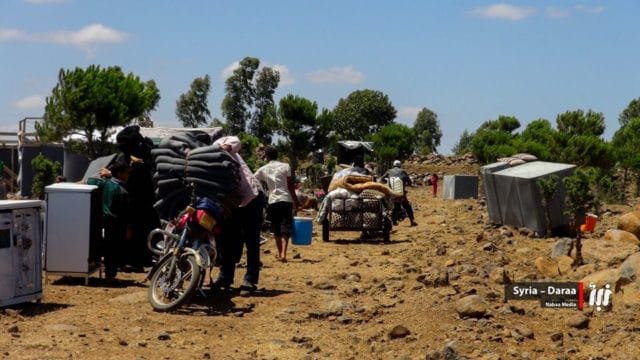 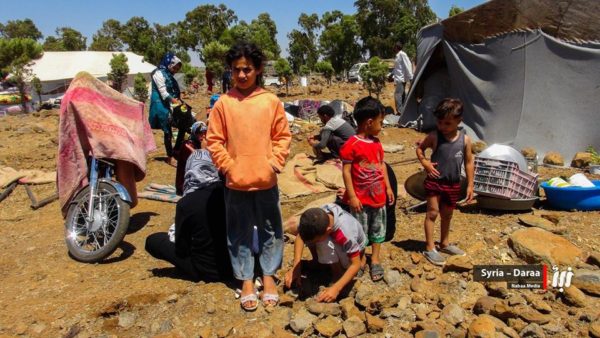 Russian warplanes reportedly struck a displaced persons’ camp near the Nassib crossing on the Jordanian border.

Panic and confusion among #Daraa refugees as clashes and bombings creep closer & closer, and the wounded brought past them to #Jordan. Photos near the Jordan/#Syria Free Zone, a mile east of #Nassib crossing pic.twitter.com/kvNaBsDGHy

Photographs have been posted of a family of six killed in bombing of the town of Saida, east of Daraa city.

Pro-Assad forces are trying to enter the town after the bombardment. 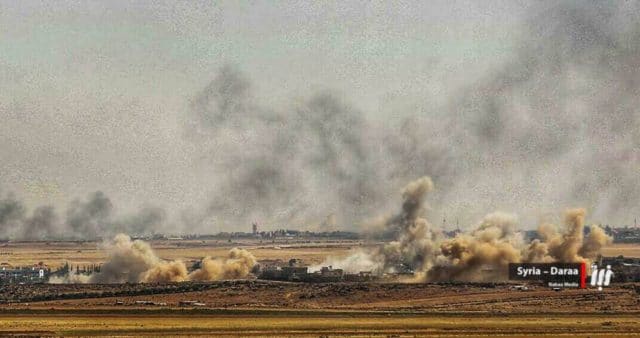 Russia and the Assad regime resumed bombing across Daraa Province in southern Syria on Wednesday, following another breakdown in surrender talks.

Civilian areas targeted included Tafas, northwest of Daraa city, and Saida to the east, as well as Daraa itself and the towns of Naimah and Yadoudah. Attacks included barrel bombs dropped from helicopters.

Yesterday’s halt to talks, between rebels and Russian officials and mediated by Jordan, was the second in five days. Rebels are asking for Russian military police, rather than Assad security forces, to oversee the opposition territory handed over to the regime.

“The talks with the Russian enemy in Busra al-Sham [a historic town on the Jordanian border] have failed because of their insistence on handing over heavy weapons,” said Abu Shaima, a spokesman of the Free Syrian Army’s central operations room.

Russia wants all heavy weapons handed over at the same time. Wary of regime crackdowns, detentions, and forced conscriptions which have occurred in other capitulated areas, the opposition wants to surrender the weapons in stages after displaced people return home.

The pro-Assad attacks and Russian bombing have forced more than 270,000 people — 1/3 of Daraa’s population — to leave their homes since June 19. More than 60,000 are close to the Jordanian border, with about 160,000 near the Israeli-occupied Golan Heights.

Both Jordan and Israel are refusing entry, although the Israel Defense Forces are providing humanitarian aid to the displaced in makeshift camps.