Iran Daily: Tehran — We Will Maintain Oil Exports, Despite US Sanctions, With “Private” Sales 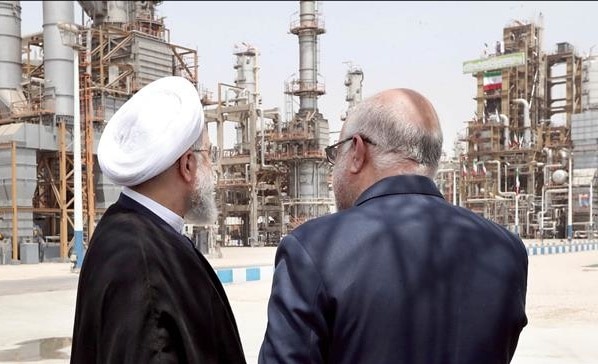 Iran’s senior officials have insisted that Tehran will maintain its current level of oil exports despite expanding US sanctions — but appear to be offering fanciful ideas on how they will do so.

First Vice President Eshaq Jahangiri said on Sunday that Iran is considering oil exports by the private sector to defeat Donald Trump’s May 9 withdrawal from the July 2015 nuclear deal and demand that foreign companies end trade and investment with the Islamic Republic by November 4.

The target of the US is firstly oil. They want Iran’s oil not to be sold, which this is impossible and such measures are taken in line with a psychological war….

Iran’s crude oil will be offered on the domestic stock market, and the private sector can buy and export oil in a transparent manner….The administration has made a plan in this regard.

But the proposal for “private” oil sales not only faces the US challenge but that of Iran’s fellow members in the Organization of Petroleum Exporting Countries. In late June, OPEC effectively backed up the US sanctions by agreeing an increase in production which would cover the falling Iranian exports.

Jahangiri implicitly referred to the OPEC arrangement, “[The US has] resorted to Saudis, so that, if Iran’s oil supply dwindles, their oil market would not be touched by it.” However, he offered no idea on how Iran could work within OPEC to alter the decision, saying only, “The day will come when those countries will pay for this treachery.”

In the first half of June, Iran’s exports fell 16%, from the post-agreement high of about 2.5 million barrels per day, to just over 2.1 million bpd. Some analysts forecast a 40% drop to about 1.5 million bpd as refiners, shippers, and insurers cut back Iranian business.

Some refiners, such as India’s Reliance Industries and Russian-owned Nayara, have already announced that they are drawing down their intake of Iranian oil.

Oil Minister Bijan Zanganeh declared on Saturday that the opening of a second phase of the Persian Gulf Star Refinery will show that “external pressures” will not succeed.