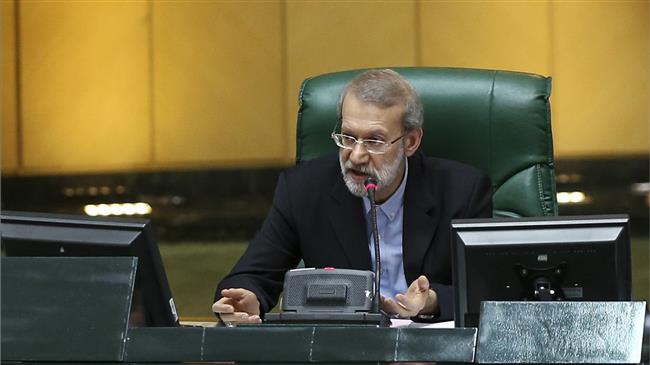 Iran has warned that time is almost up for Europe to give economic assurances to save the July 2015 nuclear deal following US withdrawal and expanded sanctions.

Speaker of Parliament Ali Larijani delivered the message on Sunday, telling MPs that the European Union and its members — including the UK, France, and Germany, all part of the deal — to “explicitly and swiftly” announce their decisions: “Otherwise, the Islamic Republic of Iran will take next steps either in the nuclear field or other issues.”

Since Donald Trump announced the American withdrawal on May 9, President Hassan Rouhani, Foreign Minister Mohammad Javad Zarif, and other senior officials have said that the Europeans must not only provide political support for the Joint Comprehensive Plan of Action, but also must ensure that trade and investment links with Iran’s fragile economy are expanded.

The EU has announced “blocking measures” to shield some companies from the US punishment of any firm with American links that does not break ties with Iran by November. However, the organization has not offered guarantees for larger firms and the major deals needed for Iran’s economy, including the energy, transportation, and manufacturing sectors.

Iranian officials have said that they are preparing to resume enrichment of 20% uranium — which potentially can be enriched to 95% military grade — if the nuclear deal collapses.