TrumpWatch, Day 507: “A Special Place in Hell” — Trump and Co. Attack US Allies 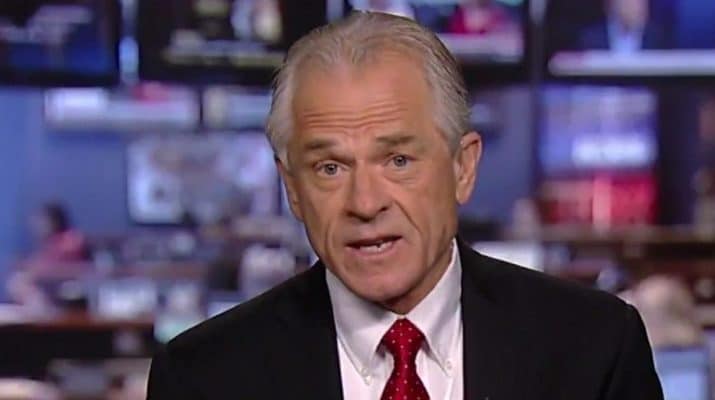 Trump and Advisors Proclaim They Were “Stabbed in the Back”

As Trump flew to Singapore for Tuesday’s meeting with North Korean leader Kim Jong-un — who has received warm praise from the US President, in contrast to the verbal assault on Canada and European countries — White House officials stepped up the criticism to unprecedented levels.

Peter Navarro, the leading protectionist behind Trump’s 25% steel and 10% aluminum tariffs that sparked the tensions, took the lead in a Sunday televised interview.

Peter Navarro: "There’s a special place in hell for any foreign leader that engages in bad faith diplomacy with President Donald J. Trump and then tries to stab him in the back on the way out the door…that’s what bad faith Justin Trudeau did with that stunt press conference." pic.twitter.com/KtqKXizBEc

Trudeau’s offense for eternal damnation was to summarize the final communiqué of the summit in a Saturday press conference. He spoke of broad agreements after a “very successful” meeting and said that he was “inspired by the discussion”, but he then confronted the US tariffs, saying he would retaliate in defense of Canadian workers and consumers.

Aboard Air Force One, Trump was angered by the resistance. He ordered the US delegation to withdraw from the communiqué and derided Trudeau as “very dishonest and weak”.

The White House’s top economic advisor Larry Kudlow — who had been seen as an advocate of free trade before joining the administration this spring — joined Navarro in Sunday’s assault. He said Trudeau’s comments were a “betrayal” and repeated the “stabbed us in the back” line:

Canadian Foreign Minister Chrystia Freeland responded to Trump, Navarro, and Kudlow in measured tones, calling for an end to ad hominem attacks and reiterating that the US tariffs — justified by the Trump Administration on grounds of a national security threat — are unjustified:

I’ve never seen such a polite slam in my entire life. You’d think she was correcting a food order, not calling out America for a reckless trade war

Big tough guy once he’s back on his airplane. Can’t do it in person, and knows it, which makes him feel week. So he projects these feelings onto Trudeau and then lashes out at him. You don’t need to be Freud. He’s a pathetic little man-child. https://t.co/lpz0R5Ftyj

European leaders and diplomats expressed solidarity, continuing the weekend line of French President Emmanuel Macron against “hegemony” and German Chancellor Angela Merkel’s photographic representation of a Trump who, stone-faced, would not communicate with other leaders.

International cooperation can’t depend on anger and small words. Let’s be serious and worthy of our people. We spent two days obtaining a draft and commitments. We stick to it. And anyone who leaves and turns their back on them shows their inconsistency.

UK Prime Minister Theresa May said through an aide that she is “fully supportive of Justin Trudeau.”. And as the EU prepares retaliatory tariffs, German Foreign Minister Heiko Maas called for unity against Trump’s behavior

It’s actually not a real surprise. We have seen this with the climate agreement or the Iran deal. In a matter of seconds, you can destroy trust with 280 Twitter characters. To build that up again will take much longer.

By Sunday night, White House officials and Trump’s allies were insisting that the insults and Trump’s dismissive behavior at the summit — which included showing up late to meetings and not wearing headphones for translations — were necessary to show strength in Tuesday’s encounter with Kim Jong-un.

This is the Trump style of getting things done….It depends on how it turns out. This President lives on a high wire, and so far it’s been working.