A Volcano Erupts in Guatemala — The Natural and Political Disasters 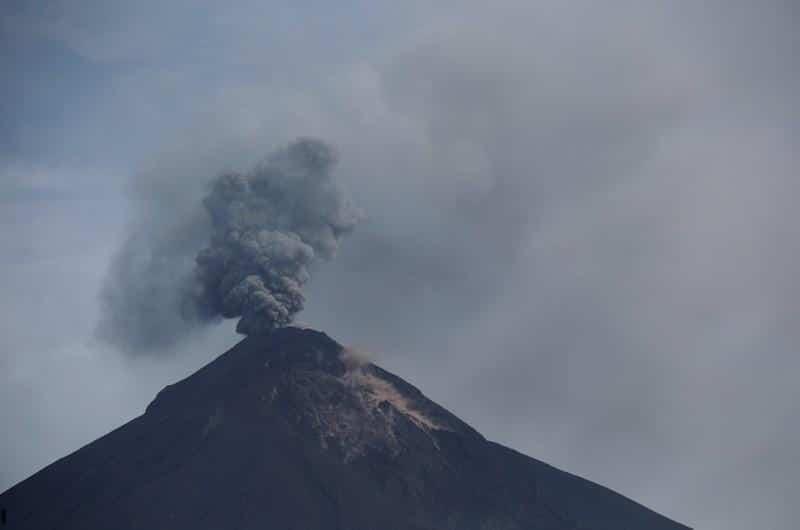 The eruption flooded entire villages with lava and rocks, leading to the registered deaths of at least 99 people, although it is feared that the expected death toll will be much higher. At least 197 people have been declared missing and thousands have been wounded. Most of the victims are poor and live in rural areas in the immediate surroundings of the volcano.

There are more than two dozen volcanoes in Guatemala, of which many are active. But the severity of Fuego’s eruption, although predicted, was not effectively communicated and no preventive evacuations were carried out. Whilst various government agencies dispute who bears the responsibility the failure, the Foreign Office so far has limited its efforts to making an inventory of the damages. They claim they cannot start seeking international support until the government agency responsible for disaster response has activated the required emergency status.

The state of institutional chaos could not be clearer, in a country that is often plagued by natural disasters, and which should therefore be prepared for emergency situations.

The disaster has dealt another blow to the legitimacy of President Jimmy Morales – a former comedian with no prior political experience. During a press conference on Sunday night, his first response was that the country’s legal framework unfortunately does not allow for expenditure on emergency situations. His incorrect statements caused outrage, especially since Morales has been the subject of investigations of alleged corruption by the UN-sponsored International Commission against Impunity in Guatemala (CICIG).

Morales doesn’t seem to spare any effort to prevent such investigations from going forward. Last September, he declared the head of CICIG, Iván Velásquez, persona non grata. Large-scale public protests, the resignation of various members of cabinet, and international pressure prevented Velásquez from being expelled. Last month Morales asked Sweden to withdraw its ambassador Anders Kompass, accusing him of “foreign interference” after he allegedly called Guatemalan society corrupt at an event in which he pledged Swedish commitment to support CICIG with $9 million. (The Guatemalan government denies that their request to withdraw the Swedish ambassador is related to support for CICIG.) Compounding current public outrage, in spite of the volcano eruption, Congress continues to discuss its planned agenda of a law to provide amnesties for those involved in illegal campaign financing.

Previous governments were not known for their moral integrit6y. Morales was able to win the presidency with promises of being “neither corrupt nor a thief” in the wake of large-scale, prolonged protests that caused President Otto Perez Molina — who is currently in prison, awaiting prosecution — to step down in 2015 for his involvement in a customs fraud case. Last February, Perez Molina’s predecessor Álvaro Colom and nine members of his cabinet were arrested as the result of another corruption investigation.

Guatemala has one of the lowest tax burdens in Latin America, which leads to low spending on public services such as health, education, and housing. This prevents structural improvement of the situation of the country’s large groups of rural and urban poor – those hit hardest by the volcano eruption. Poverty makes people susceptible to clientelism, which might explain why corrupt politicians keep winning votes.

Left-wing parties, historically stronger in other Latin American countries including neighboring El Salvador and Nicaragua, have not been able to join forces in Guatemala. They have not overcome the stigma attached to the left as a result of the country’s internal armed conflict, from 1960 to 1996, between guerrilla groups and the state. This makes it hard to imagine easy ways out of the country’s on-going political crisis — although the large protests against corruption, unthinkable during most of Guatemala’s history of conflict and authoritarian rule, give reason to believe that change may eventually be possible.