Trump Tries to Defend Labelling of Immigrants as “Animals” 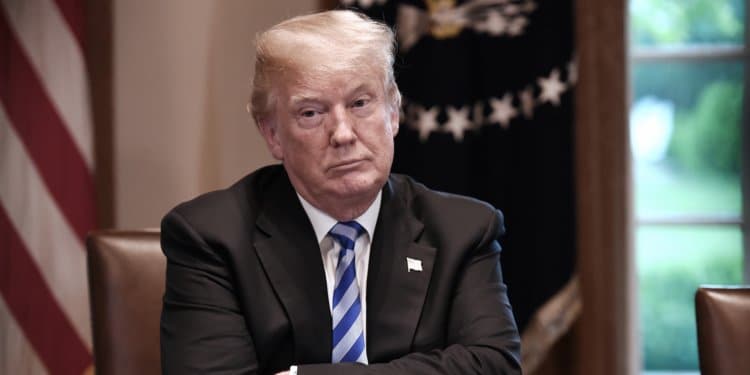 Donald Trump has defended his use of the word “animals” to describe undocumented immigrants, revising the record to say he was only referring to members of the transnational gang MS-13.

Trump responded to a reporter on Thursday, amid widespread criticism of his denigration of people crossing the US border:

I’m referring, and you know I’m referring, to the MS-13 gangs that are coming in. We have laws that are laughed at on immigration. So when the MS-13 comes in, when the other gang members come into our country, I refer to them as animals. And guess what — I always will.

The White House spent yesterday trying to revise Trump’s remarks at a round-table discussion with state and local officials from California, in which Trump and the selected audience took turns denouncing sanctuary laws restricting communication between local law enforcement and federal immigration officers over possible seizure, detention, and deportation of immigrants.

One of the officials said that, with California’s laws, “There could be an MS-13 member I know about — if they don’t reach a certain threshold, I cannot tell ICE [Immigration and Customs Enforcement] about it.”

Trump expanded on the question to refer generally to all undocumented immigrants, and not just the MS-13 gang:

We have people coming into the country, or trying to come in — and we’re stopping a lot of them — but we’re taking people out of the country. You wouldn’t believe how bad these people are. These aren’t people. These are animals. And we’re taking them out of the country at a level and at a rate that’s never happened before. And because of the weak laws, they come in fast, we get them, we release them, we get them again, we bring them out. It’s crazy.

.@PressSec: "If the media and liberals want to defend MS-13, they're more than welcome to. Frankly, I don't think the term @POTUS used was strong enough… It took an animal to stab a man 100 times and decapitate him and rip his heart out." pic.twitter.com/6O7KKzZW0y

On several previous occasions, Trump publicly referred to gang members as “animals”. He’s never referred to illegal immigrants with that word. His previous language should have been a clue, but some things are too good to check. Hostility + sensationalism = bad reporting.

The Republican National Committee claimed a “media lie that spread like wildfire”, while Trump’s allies at Fox TV accused C-SPAN — which aired the roundtable — of editing the President’s remarks.

But Trump’s broadcast comments echoed his criticism of any movement of undocumented immigrants across the border — such as his declaration as he opened his Presidential campaign in 2015:

He then added, “And some, I assume, are good people.”

In recent days, as he has called for even tougher measures — including the separation of children from their parents at the border — Trump has targeted a caravan moving through Mexico to the US border. He tweeted about the group, which is seeking to highlight issues around asylum and immigration:

Mexico has the absolute power not to let these large “Caravans” of people enter their country. They must stop them at their Northern Border, which they can do because their border laws work, not allow them to pass through into our country, which has no effective border laws…..

Trump amplified those remarks on Wednesday with another denunciation of Mexico:

President Trump referred to some immigrants — perhaps he had criminal gangs in mind, I don’t know — as animals, not as persons. In the opinion of the Mexican government, this is absolutely unacceptable, and we are going to formally communicate this to the US State Department today.