Syria Daily: Turkey and US Discussing Kurdish Withdrawal from Key City in North 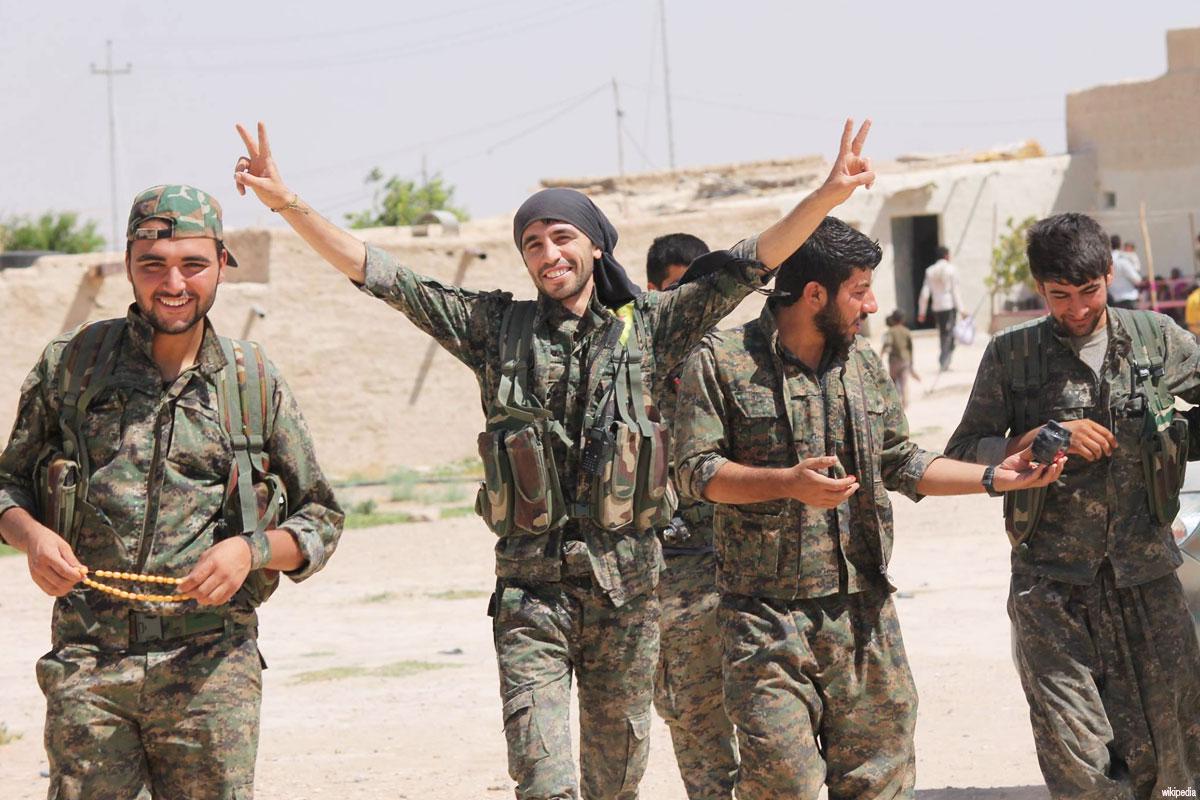 US: “We don’t have any agreements yet”

Turkish and American officials are discussing Ankara’s demand for the withdrawal of Kurdish militia from Manbij in northern Syria.

Manbij has been the focus of Turkey’s attention since a Turkish-rebel offensive removed Kurdish forces from almost all of the Afrin canton in northwest Syria in March. The Syrian Kurdish Democratic Party (PYD) and its YPG militia are still in control of much of the Kobani and Cezire cantons in the north and northeast — including the city of Raqqa — after the US-backed, Kurdish-led Syrian Democratic Party removed the Islamic State between autumn 2015 and 2017.

Turkey considers the PYD and the YPG to be part of the Turkish Kurdish insurgency PKK, which has fought Ankara’s security forces for more than three decades. In 2016 the Erdoğan Government objected to any move of the YPG west of the Euphrates River, but was unable to act as the SDF advanced as far as Manbij in eastern Aleppo Province and later took Raqqa.

Foreign Minister Mevlüt Çavuşoğlu told reporters on Wednesday that he and US Secretary of State Mike Pompeo may outline a “road map” for Manbij and nearby areas on June 4:

We will make a joint statement that includes concrete steps on that day. The concrete step is that the YPG will be removed. Turkey and the US will determine together on who will govern and protect the province.

The Foreign Minister said Turkey will monitor the YPG withdrawal of YPG militants “to avoid any vacuum being filled by other terror organizations”, with the establishment of a local government “based on the demographic structure of Manbij”.

“This is an area where the population is 90% made of Arabs. Kurds will be represented in the city management in accordance with their population,” he said.

Then Çavuşoğlu looked farther, as a de facto partition is established in Syria between the Assad regime, opposition territory, and Kurdish areas. He said the Manbij plan could be implemented in Raqqa and part of the Kobani canton, limiting the PYD and YPG to control east of the Euphrates River.

Encouraging the US towards a reconciliation of tensions between Washington and Ankara, he asserted, “[This] will also create the basis of future steps between the two countries as it will help us to establish confidence.”

Çavuşoğlu added, “I sense that they want to break this tie between the YPG and Kandil [the PKK headquarters in the mountains of northern Iraq,” while cautioning that many questions remain about whether the separation is possible with the YPG agreeing to disarm.

But the US State Department pushed back against any talk of an accord over Manbij.

“We don’t have any agreements yet with the government of Turkey,” spokeswoman Heather Nauert said in a Wednesday statement. “We’re continuing to have ongoing conversations regarding Syria and other issues of mutual concern.”

She again acknowledged that American and Turkish officials had met in Ankara last week for talks on the road map that “includes Manbij”.

Assad: “We Never Had Iranian Troops in Syria”

In a propaganda interview with Russian State outlet RT, Bashar al-Assad has said that there are no Iranian military units in Syria.

Iranian military officers were in Damascus at the start of the Syrian uprising in 2011. They provided logistical, intelligence, and propaganda guidance to the regime from the outset of the conflict, and they were vital in propping up Assad’s military with the creation of a 50,000-strong militia from September 2012. Thousands of Iranian troops have subsequently been involved in ground operations, with Iranian commanders working with Hezbollah and Russia and leading many thousands of foreign militia from Afghanistan, Iraq, and Pakistan.

Syrian President Bashar Assad on Thursday denied the presence in his country of any Iranian troops.

But Assad insisted that Iran’s involvement was limited to an “advisory” capacity. He said “not a single Iranian” was killed in recent Israeli airstrikes on regime and Iranian position, but instead “tens of Syrian martyrs” had been slain.

“We do not have Iranian troops. We never had, and you cannot hide it,” Assad asserted. “Like we invited the Russians, we could have invited the Iranians.”

Assad also got into a tangle as he effectively pleaded with Russia for air defenses to stop further Israeli attacks.

Initially, he proclaimed, “Our air defense is much stronger than before, thanks to the Russian support,” but he then said rebels and Israel have “destroyed a big part of our air defenses”.

He continued with the contradiction, “The recent attacks by the Israelis and by the Americans and British and French proved that we are in a better situation,” but repeating, “The only option is to improve our air defense, this is the only thing we can do, and we are doing that.”

Russia has refused to intervene against periodic Israeli strikes. After the latest attacks last month, Moscow sent a pointed message by saying that it is not currently planning to send S-300 advanced anti-aircraft missile systems to Damascus.

Israel’s Prime Minister Netanyahu has pressed Russia over the cooperation between the two countries, demanding a full withdrawal of Iranian forces from Syria.

The working relationship between Israel and Russia, established just before Moscow’s military intervention in September 2015, faced a major test this month: the Assad regime is seeking an offensive to drive out the opposition from southern Syria, along the Jordanian border and near the Israeli-occupied Golan Heights.

Israel repeated its warning that Hezbollah, Iranian units, and Iranian-led militia must not be involved, a message which the Israeli military has backed with missile strikes on regime and Iranian positions. On Monday and Tuesday, Russian Foreign Minister Sergey Lavrov indicated Moscow’s acceptance that all “non-Syrian forces” must leave the southern area, while aspiring for a political arrangement for rebel withdrawal and control by regime personnel.

On Wednesday, however, Netanyahu’s office again asserted — at least for public consumption — that the exclusion of Hezbollah and Iran from the buffer zone near the Golan Heights is not sufficient:

I would like to reiterate: We are acting against an Iranian military presence anywhere on Syrian territory. An Iranian departure from southern Syria alone will not suffice.

The long-range missiles Iran is working to station in Syria will endanger us even beyond the range of several kilometers from southern Syria; therefore, Iran needs to leave Syria altogether. We're not party to understandings to the effect that we have agreed to less than this.