Italy’s Ship of Fools: Is the Democratic Party Sailing to Oblivion? 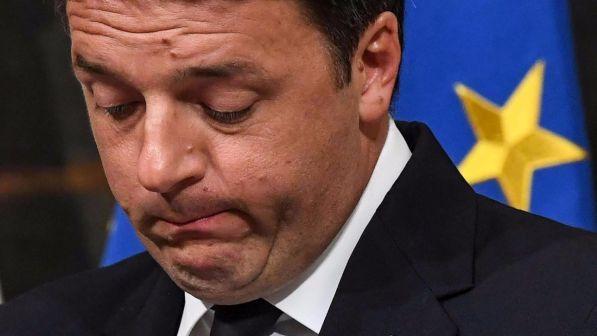 “Italy’s next election may well be remembered, among other things, as the final chapter in the centre-left party’s foolish journey.”

Co-written with Mattia Zulianello of Florence and originally published by Euronews:

After Giuseppe Conte, designated as Italy’s Prime minister by the populist parties League and Five Star Movement (M5S), gave up his bid to form a government on 27 May, all eyes have been on the parties that backed him and what they may do next.

Much less is being written on the party that – in theory – should take advantage of the populists’ aborted attempt to govern: the centre-left Democratic Party (PD). Given that both League and M5S have run their 2018 campaign against it, it is logical to ask whether the PD could benefit in electoral terms from the misfortunes of its critics.

The indications so far is that the very opposite is likely to be the case. Hence, like Plato’s “Ship of Fools”, the PD may well continue to sail towards oblivion, as it has done for months now, each of its many would-be leaders hopelessly trying to steer the ship in a different direction.

The most recent history of this party centers on the rise and fall of Matteo Renzi, who led it between December 2013 and February 2017 and also served as Italy’s prime minister during some of this time. As he took charge of it, Renzi embodied a new generation of politicians who wanted to “scrap”, as he famously said, both the old political class that was running the PD and the country, by embarking on a series of reforms that would prove his reformist zeal. In fact, rather than “scrapping” the old way of doing things, his policies offered the usual doses of neoliberalism — employment legislation, pension reform, and welfare – in a country that had suffered badly due to years of austerity and anemic growth. Not unlike Social-Democratic parties in other European countries, Renzi’s PD increasingly took on the mantle of the market- and flexibility-friendly party, while losing touch with the many people who were struggling to make ends meet.

Having lost a referendum on complicated constitutional matters at the end of 2016 after turning it into a referendum on himself, Renzi’s image was irremediably tarnished, leading to him resigning the prime ministership first and then (officially at least) the party leadership. Renzi’s descending trajectory plunged the PD into a crisis and, before the 2018 elections, it suffered a split with some left-wing politicians leaving it to form a new party.

Following the electoral defeat of March 2018 – when the PD gained 18.7% of the vote, as opposed to 25.4% in the previous election – the party nominated Maurizio Martina as its ad-interim leader. It also postponed its much-needed Conference to July. Martina is truly a transitional figure, unable to set a clear direction and/or undertake the first steps towards reform, in part because the PD’s internal factions keep constantly bickering among themselves. The key player has remained Renzi, who even in recent days stole the media show, by framing the events leading to Conte’s departure as an epic battle between a “responsible” pro-EU president (backed by the PD) and the “irresponsible”, “extremist” M5S and League.

Leaderless and unable to forge an identity for itself after the years of Renzi’s empty “youngism”, the PD does not appear to own any specific policies to address people’s problems. How could it do so, when it has not even decided whether to be Social-Democratic, Liberal, or both, and when it does not know whether to be the party of the urban, educated middle classes or try to regain some of its working class support?

In the hours following Conte’s announcement that he was not going to become prime minister after all, as M5S and League intensified their attacks against the president, the PD was not going much farther than talking about “defending” the Constitution and the European project against “populism”. If this is all to come as the next elections approach, the M5S will find it very easy to argue that the PD is the party defending the banks, the EU Commission, and Germany’s interference into Italian affairs, and that it is totally oblivious to the plight of common people.

As it stands now, the PD does not have the strength or vision to resist this tide. The next election may well be remembered, among other things, as the final chapter in the centre-left party’s foolish journey.