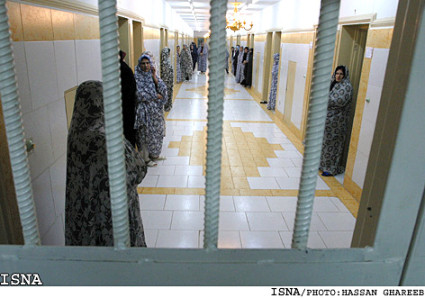 Amnesty International says women prisoners from the Gonabadi Dervish religious community are being abused in a prison near Iran’s capital Tehran.

The rights group, citing testimonies, said the women are being subjected to verbal abuse, including sexual slurs, and denied proper medical treatment by doctors and other staff:

The doctors at the prison, a former industrial chicken farm in Varamin, are routinely dismissing the women’s complaints of pain and discomfort as “fake” while refusing to prescribe them medication on a timely basis or carry out thorough diagnostic tests.

Ten detained women are among hundreds of Dervishes arrested in February amid protests outside the home of their leader, Nour-Ali Tabandeh, and a Tehran police station. An 11th was released on May 23.

The Dervishes, Iran’s largest Sufi Muslim group, were demonstrating over the claimed house arrest of the 90-year-old Tabandeh and the detention of other members. Authorities said three policemen were killed when a bus ran into them during the protest, and two Basiji paramilitary members were killed.

See Iran Daily: After Tehran Clashes, Rouhani Says “Violence Against Police Will Not Be Tolerated”

Amnesty said the women have suffered head injuries, broken arms, and vaginal bleeding as a result of ill treatment by security forces during “hostile” and insulting interrogations, as well as being denied adequate treatment for pre-existing medical conditions such as asthma, diabetes, and high blood pressure.

There are concerns that doctors have also sought to degrade the women by exploiting cultural taboos around sexuality, asking the women intrusive questions about their sexual relations, such as whether they have “boyfriends” or are ‘sleeping around.”

The group called on the international community, including the European Union, to demand that the Iranian authorities grant access to international monitors, including unannounced inspections of the Shahr-e Rey Prison, and private interviews with detainees