Iran Daily: Syria’s Assad to Tehran — Give Us Money 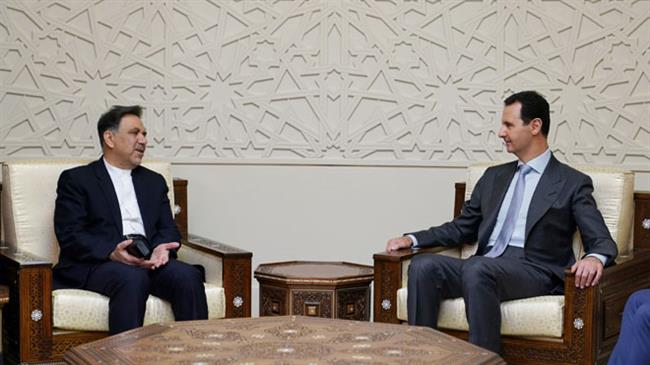 Syria’s leader Bashar al-Assad has appealed to Iran for economic assistance, in a meeting with a visiting Iranian minister on Friday.

Assad framed the request to Road and Urban Development Minister Abbas Akhoundi as “the development of economic cooperation with Iran and all the countries that insist on defending their sovereignty and independence” — “one of the most important ways to confront Western plots”.

Syria’s GDP has fallen about 80% during the seven-year conflict. The UN estimates that more than $250 billion is needed for reconstruction. Western countries are unlikely to provide assistance directly to the regime, and Russia — Assad’s other key backer — faces its own economic constraints.

Iran has provided tens of billions of dollars in economic and military intervention to prop up the regime since 2011; however, it faces its own crisis with expanding US sanctions that threaten a fragile recovery after the July 2015 nuclear deal.

Assad implicitly referred to that situation when he told Akhoundi, “Western powers are resorting to sanctions and coercive economic measures as a means to impose restrictions on nations and obliging them to bow to their hegemonic policies.”

Iranian State media said the Iranian minister “affirmed the Islamic Republic’s continuous support for Syria in various fields and expressed Tehran’s readiness to play an active role in the reconstruction process of the war-ravaged country”.

See Syria Daily, May 18: Assad in Russia for Talks…About Partition?