How Far Did Trump Go to Cover Up State of His Health? 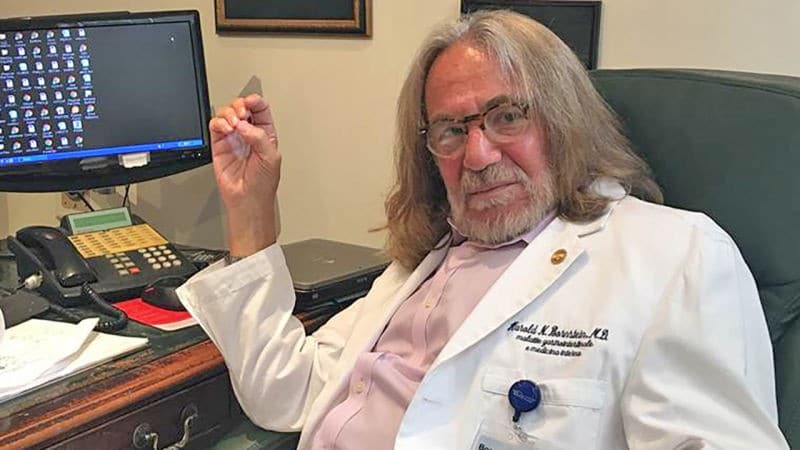 Donald Trump’s doctor Harold Bornstein (pictured) has indicated that Trump has gone to great lengths to cover up the state of his health, both during the 2016 campaign and after becoming President.

In December 2015, a letter in Bornstein’s name exulted, “His physical strength and stamina are extraordinary. If elected, Mr. Trump, I can state unequivocally, will be the healthiest individual ever elected to the presidency.”

But Bornstein said on Tuesday that it was Trump who wrote the glowing report, as the doctor and his wife were driving across Central Park:

He dictated that whole letter. I didn’t write that letter….He dictated the letter and I would tell him what he couldn’t put in there.

And the doctor pointed to an apparent effort by Trump’s staff to prevent the release of any evidence that could undermine the claim: he said that his office was raided in February 2017, and Trump’s records seized, by three men including Trump’s long-time bodyguard Keith Schiller.

The December 2015 letter offered little medical support, except for claiming an “astonishingly excellent” blood pressure of 110/65 and “excellent” cardiovascular health. According to Trump-disguised-as-Bornstein, he had lost 15 pounds over the preceding year.

Several months later, with questions over the health of both Trump and Democratic nominee Hillary Clinton, Bornstein did write a letter listing data such as Trump’s height, weight and prescription medications.

Taking Away the Evidence

Bornstein said the raid on his office occurred two days after he told The New York Times that Trump took a drug to promote hair growth.

He identified two of the men as Schiller, Trump’s bodyguard from 1999 to 2017 and then director of Oval Office operations, and Alan Garten, a lawyer for the Trump Organization, Alan Garten. He did not recognize the third man.

The doctor said the men were in the office for 25 to 30 minutes in a “frightening” episode. He noted that original and only copy of Trump’s charts, including lab reports under Trump’s name as well as under the pseudonyms his office used for Trump, were taken.

Bornstein is obliged to hand over records to the White House physician, then Admiral Ronny Jackson, if they are requested by letter. However, the doctor said he was not given a HIPAA form authorizing the release and signed by Trump.

White House Press Secretary Sarah Huckabee later said that there was a letter to Bornstein from Jackson. However a White House official did not know if there was a release form attached.

Asked if the taking of the records was a raid carried out by Schiller, Sanders replied, “That is not my understanding.” She did not address why Schiller, who was not a part of the White House medical unit, was present.