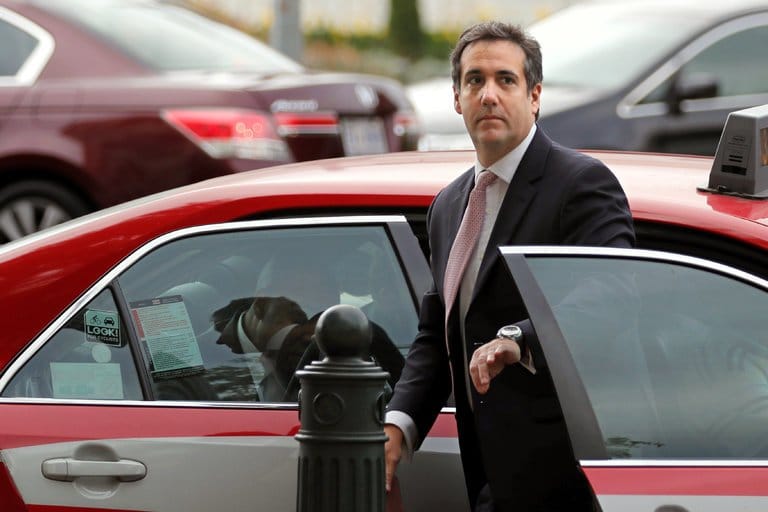 Developments on Day 445 of the Trump Administration:

See also Podcasts: Will US and Others Respond to Assad’s Chemical Attacks?

Records Include Payoff to Stormy Daniels Over Trump Affair

Cohen has insisted that he paid the money from his personal account. However, his correspondence with Daniels’ lawyer was via a Trump Organization e-mail.

The seized records include communications between Trump and Cohen, which will likely require a special team of agents to review them as conversations between lawyers and clients are usually protected from scrutiny.

Prosecutors obtained the search warrant after a referral from Special Counsel Robert Mueller, who is conducting the Trump-Russia inquiry. At this point, the search does not appear to be directly related to Mueller’s investigation, but instead arose from information that his team uncovered.

Trump, who has spent months berating the FBI over the Trump-Russia investigation, accused the Justice Department of a witch hunt. He claimed the FBI “broke into” Cohen’s office in a “disgraceful situation” and an “attack on our country in a true sense”.

Trump revived the possibility that he may fire Mueller, risking a political and Constitutional confrontation: “We’ll see what may happen. Many people have said you should fire him.” He said Mueller’s team were “the most biased group of people”.

In a further indication of a move against Mueller, Trump criticized Deputy Attorney Rod Rosenstein, the official with the formal authority to dismiss the Special Counsel.

Raid on Cohen office sinking in at Trump World. One source close to WH saying “Mueller has gone rogue.”

Trump also returned to jibes against Attorney General Jeff Sessions for recusing himself in early 2017 over his contacts with Russian Ambassador Sergey Kislyak, and denounced the FBI for failing to investigate Hillary Clinton “where there are crimes”.

“That is really now on a whole new level of unfairness,” Trump said.