BBC Radio: Will US and Others Respond to Assad’s Chemical Attacks? 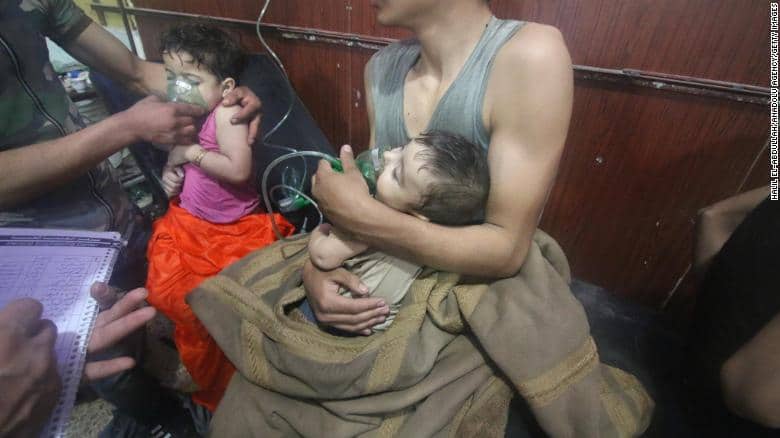 UPDATE, APRIL 11: I had further interviews with BBC outlets on Tuesday afternoon and Wednesday morning about the latest situation, following Russia’s veto of a UN resolution for a full investigation of the chemical attacks near Damascus.

Syria is now in effect partitioned, and the real question — amid the latest chemical attacks by the Assad regime — is whether you protect those civilians who are outside regime-controlled areas.

The only way that you can protect is by drawing a line that the Assad regime and Russia cannot continue with bombing with conventional as well as chemical munitions, without a check on their actions.

With the UN Security Council debating the Assad regime’s weekend chemical attacks near Syria’s capital Damascus and the Trump Administration saying “all options are on the table”, I joined BBC Radio Berkshire and BBC Coventry on Tuesday morning to assess what — if any — response will be made by Washington and the international community.

I think there’s more support for an airstrike because — I hate to say this — it’s easier than the hard thing to do.

A one-off airstrike, you send your planes up and — as long as you don’t clash with the Russians, and they’ll be warned beforehand — you’ve done it and it’s over.

What is needed is commitment to cooperation on the ground to protect civilians. That question has been on the table since 2012, and it’s the one time and time again that the international community has failed to answer.