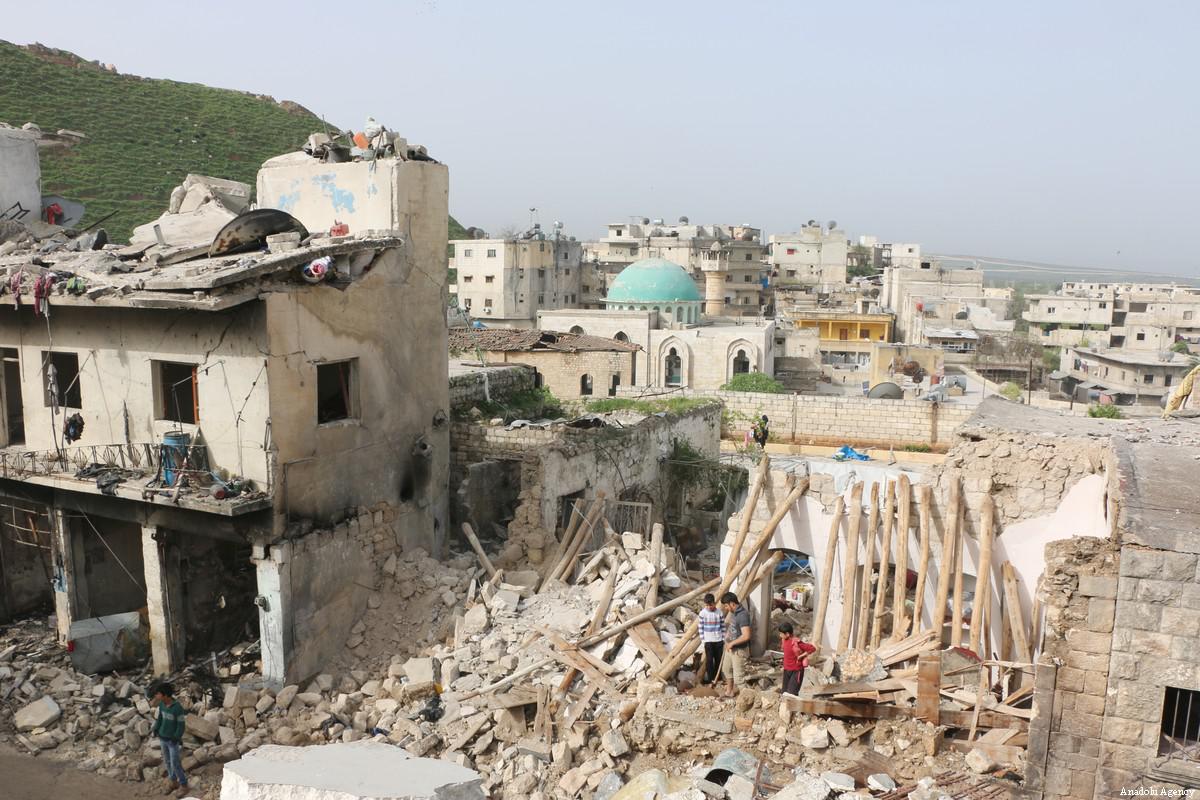 Foreign Minister Le Drian of Russia’s protection of Bashar al-Assad: “There is a denial of reality, and we have seen this several times.

The Players in Syria and What They Want
US Warns of More Strikes v. Assad Regime’s Chemical Attacks

Assad told the delegation, headed by a representative from the State Duma, that $400 billion will be required to restore Syria’s economy.

Delegation head Dmitry Sablin, quoting Assad, said the “restoration of infrastructure” will take from 10 to 15 years.

Sablin pointed to an incentive for Russia to provide the money, despite its own economic issues, with a further quote from Assad: “We are not waiting for Western companies here, especially in the oil and gas sphere. I spoke about that with President Putin in Sochi. We want Russian companies to work here, and we expect their fast market entry.”

UPDATE 1300 GMT: Pro-Assad forces are threatening an offensive to overrun opposition areas in Homs and Hama Provinces, outside any protection provided by Turkey’s zone of influence:

Heavy shelling on #Homs & #Hama countryside today. 28 barbaric airstrikes followed by artillery shelling on civilian homes in #Almajdal and #IzAlden. #WhiteHelmets teams are working on an urgent response to evacuate the injured from the target areas. pic.twitter.com/ysQS01As5u

French Foreign Minister Jean-Yves Le Drian has warned of a humanitarian disaster in the opposition-controlled Idlib Province in northwest Syria.

Following the pro-Assad decimation of East Ghouta near Damascus — through a five-year siege and intensive conventional and chemical attacks — attention is turning to Idlib, held by the regime’s opponents since spring 2015.

Le Drian noted that Idlib has more than 2 million inhabitants, including hundreds of thousands of Syrians forcibly displaced from other parts of Syria.

“There is a risk of a new humanitarian disaster. Idlib’s fate must be settled by a political process, which includes disarming the militias,” the Foreign Minister said.

A pro-Assad offensive claimed part of southeast Idlib during the winter. It was halted when forces were redeployed for the East Ghouta assault.

Further attacks have also been limited by Turkey’s establishment of a series of observation posts around Idlib, northern Hama, and western Aleppo Provinces. However, Russian and regime warplanes have continued to bomb the area periodically.

Le Drian challenged Russia, saying that its protection of Bashar al-Assad cannot be justified: “There is a denial of reality, and we have seen this several times. Already in 2013 and then again in 2017 the Russians denied that the Syrian regime had used chemical weapons.”

Speaking about last weekend’s Assad regime chemical attacks in East Ghouta and Russia’s neutering of any investigation, he said, “It is no wonder that Russia voted against the renewal of this mechanism last autumn,” referring to Moscow’s veto of the mandate of the Joint Investigative Mechanism of the Organization for the Prohibition of Chemical Weapons.

The Russian action means that the OPCW cannot assign blame for the East Ghouta attacks. Russian personnel also reporting have removed and disturbed evidence from the sites.