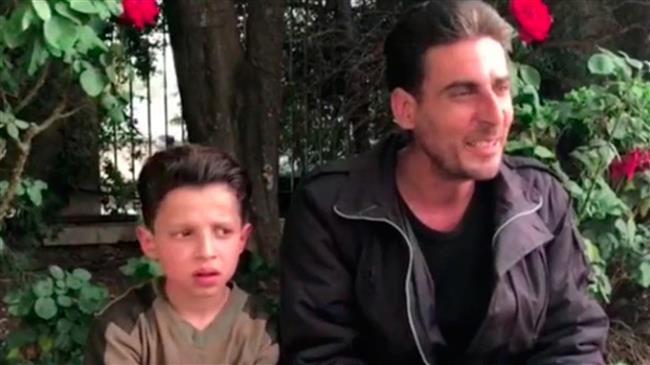 As part of its campaign to deny two chemical attacks on Douma near Syria’s capital Damascus, Russia has prominently featured an interview with an 11-year-old boy, Hassan Diab.

If true, the account would be a significant coup for Moscow’s attempts to clear its ally Bashar al-Assad. Diab was seen crying in videos of the hospital treating victims of the April 7 assault. So Russian State outlet and allied bloggers have been headlining the interview as the “truth” that the West will not acknowledge. Russia’s Ambassador to the UN, Vassily Nebenzia, says he will present it to the Security Council.

Russia-24 correspondent Evgeny Poddubnyy claimed that he found the boy and learned that he had been coerced into acting by the White Helmets, the volunteer rescue workers stigmatized by Russia to rule out their accounts of attacks and to justify airstrikes on them.

Poddubnyy’s report was promoted by Russian diplomats, remixed for international broadcast on the Kremlin-financed Russia Today channels, and injected into social networks via In the Now, a government-owned account stripped of all Russian branding.

But, as with much of the Russian campaign, the “truth” has strings attached — Diab and his father were secretly filmed at an Assad regime military facility in Damascus.

Suspicions were first raised when journalists such as Patrick Hilsman noticed military personnel in the background of a shot of Diab and his father in the Russian TV reports. 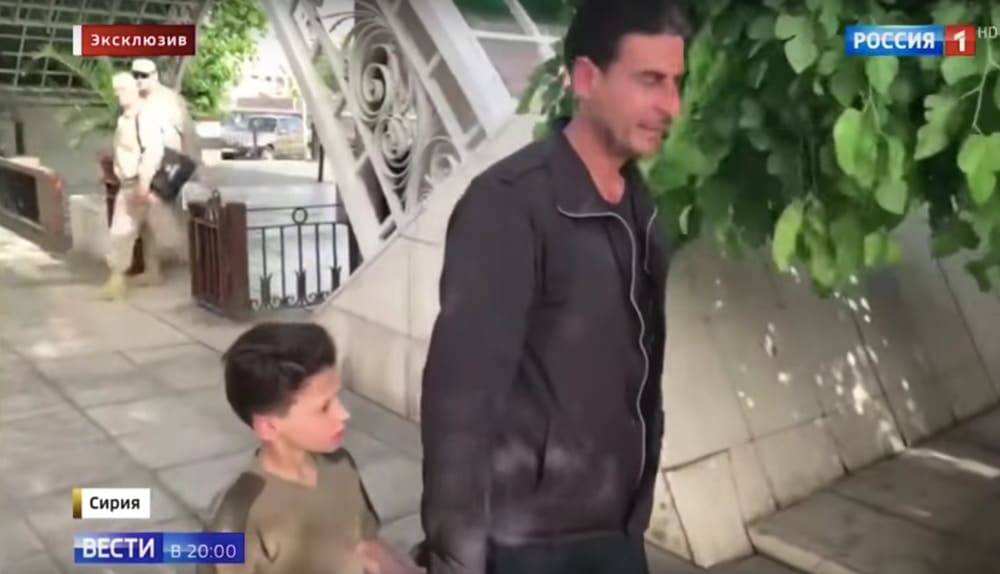 But the giveaway to the location is the mosaic floor in other shots: it is part of the decoration of the Syrian Arab Army’s Officers Club, next to the Dama Rose Hotel in Damascus. A crowd-sourced search matched the image to a photograph of the Club, including a distinctive arch and stone door frame also seen in the Russian footage. 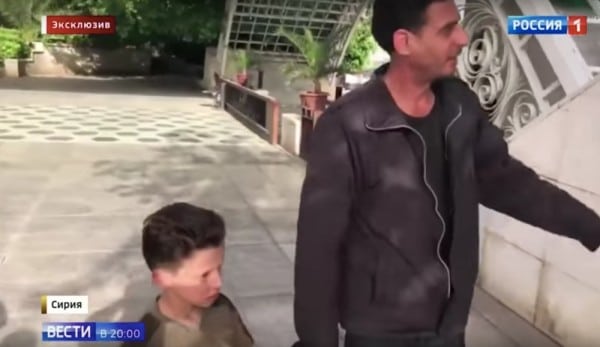 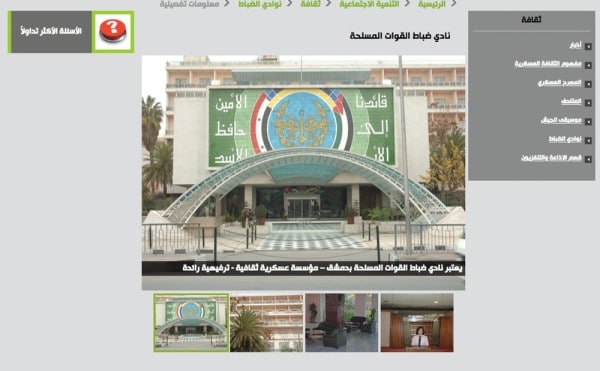 The combination of the Damascus location and the military facility are notable because of accounts that Douma residents have been coerced into denying the chemical attacks. In particular, doctors and medical personnel were taken by Russian troops for interrogation — possibly at the Club — and threatened with arrest, and action against their families, if they did not give the required interviews.

On Monday, Russia-24 correspondent Poddubnyy said he could “guarantee that the interview was recorded without pressure on the child’s father and the boy himself”. He said he had not been introduced to the boy by the Russian military, but by sources at the hospital in Douma.

Asked to explain the three uniformed men seen at the start of his report, Poddubnyy admitted that they were from the Russian “Center for Reconciliation”, but maintained they were merely on their way to a “local cafe”.

Poddubnyy finally said the interview with Diab and his father had not been recorded in Douma, but in Damascus near the Dama Rose hotel. However, he denied that it took place in the Officers Club.

Poddubnyy did not immediately respond when confronted with the visual evidence dismantling his account.

Activists who have supported the Assad regime’s line tried to shrug off the revelation. The Aleppo blogger Edward Dark asserted, “There is no realistic way to find out if the boy was coerced or not, and it doesn’t even matter.”

But pro-opposition journalist Rami Jarrah cut to the core of the case, saying that anyone familiar with Assad’s Syria knows “that these people do not have the choice to say anything other than what the regime’s narrative spells [out]”.

Introduced with a Faked Film

The interview with Diab was not the only deception in the Russia-24 report.

In fact, the images were from a 2016 Syrian-born director’s film described as a drama based on real events. 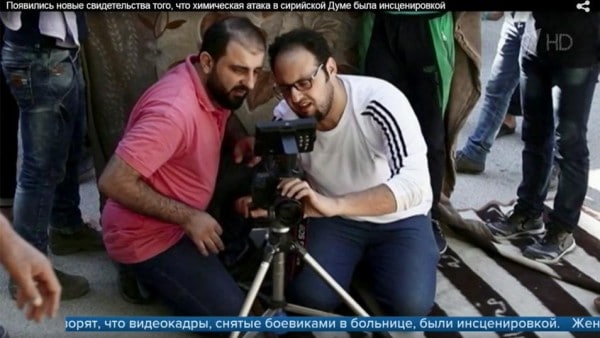