Why Gender Is Only Part of Wage Inequality 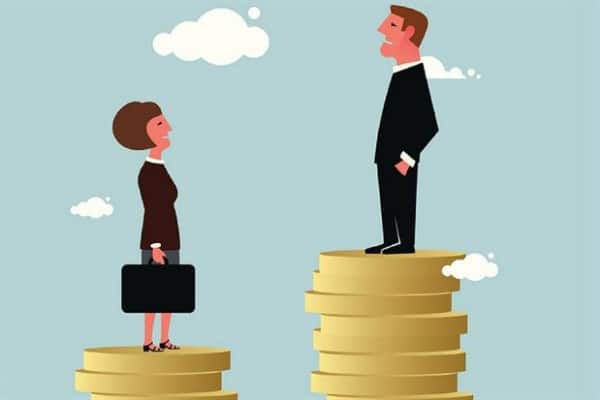 “Rather than putting efforts into helping female CEOs to earn more, we should be reducing high pay at the top”

Professor Karen Rowlingson of the University of Birmingham writes for the Social Sciences Birmingham Forum:

Almost 8 out of 10 companies and public-sector bodies in the UK pay men more than women, with women being paid a median hourly rate in 2017 9.7% less than male counterparts.

It has taken eight years from introduction the law on gender pay-gap reporting for these figures to be published, and yet the data is still very limited. Most importantly, this does not tell us whether women are being paid less than men for the same work, something which has been illegal since the 1970 Equal Pay Act but a practice that still exists. The limitations of the data have led some to dismiss the exercise, arguing that the study tells us nothing helpful and, if there is an issue at all, it is “simply” because women are not in the most senior roles.

Recent studies show that the gender pay gap is far more complex than just female representation in senior positions. For example, research shows that the average young woman aged 18 to 21 working full-time already starts her working life earning £1,845 ($2,580) less per year than her male peers. This is nothing to do with senior roles and well before most women start a family — the reason often given to explain the gender pay gap.

Even when women make it to the very top, their earnings are still far lower than that of men. For male FTSE 100 chief executives, earnings were on average £4.7m ($6.58m) in 2016 compared with the £2.6m (£3.63m) average for equivalent female bosses. Attempts to explain this away draw on the myth that women do not necessarily put themselves forward for wage raises as often as men. But recent research contradicts this, while revealing that men are still 25% more likely than women to get a raise when they ask.

The gender pay gap is not as simple as women not being in the most senior positions. While it is true that there are too few women in higher earning occupations and in senior level roles, there are wider elements at play as well. The wage gap is caused by broader social, cultural, and structural factors which require significant action to tackle. Part of the solution lies in the extent to which support is available to women to climb the ladder more successfully. This will require companies and public bodies to step up, and to firmly take action in changing their policies and practices.

But we also need to change the current structures of pay which lead to unacceptable wage inequalities more generally. For example, it would currently take an average full-time worker in the UK (on £28,000 per year), 160 years to earn what an average FTSE 100 CEO earns in just one year. Rather than putting efforts into helping female CEOs to earn more, we should be reducing high pay at the top. This would both reduce the gender pay gap — because most of those on the highest salaries are men — and create a fairer society. This has recently happened in a very small way at the BBC. It now needs to happen on a much greater scale, and not just in the UK.