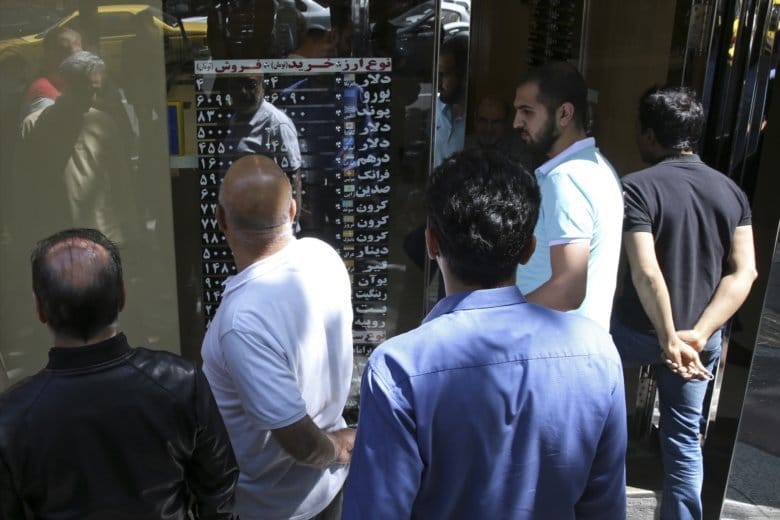 The bank said it will no longer provide cash to the bureaus.

Mohammad Ali Karimi, the bank’s head of public relations, said on State TV that the measures will “redefine the job description of exchange bureaus”: “They might be given the role of a mediator for cases when Iranian banks are not interacting with some foreign banks.”

The Iranian rial broke its all-time low of 45,000:1 v. the US dollar earlier this year, but the crisis has accelerated in recent weeks with a further 20% drop breaking 60,000:1 mark. The Government was unable to stem the fall with rises in interest rates and the arrests of unofficial currency dealers.

Last week, the Government abolished the open-market rate while raising the official rate of exchange to 42,000:1. Authorities also announced further detentions of speculators and unofficial dealers.

Currency exchanges have been effectively suspended then, as they are unwilling to sell dollars at the new rate. Meanwhile, the Government is restricting the provision of dollars at the official rate, previously given to businesses, tourists, and students on foreign campuses.

The rial has plummeted because of a combination of internal factors, including mismanagement and corruption, and the prospect of more US sanctions.