Why Russia’s Election Had to Ensure Putin “Won Big” 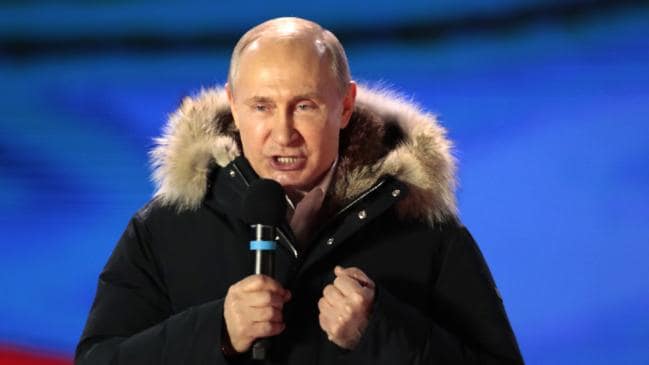 To nobody’s great surprise, Vladimir Putin emerged victorious from Russia’s presidential election on 18th March and is now beginning his fourth and, we assume, final term in the Kremlin.

Whilst the outcome was never in doubt, the pre-election discussion centered on the margin of victory and whether the call to boycott the election by anti-corruption activist and opposition leader, Alexei Navalny, would result in a reduced turnout. Kremlin insiders dreamed of a 70/70 scenario: a 70% vote for the incumbent Putin on a 70% turn-out.

Putin’s previously best electoral performance had been in 2004 when he polled just short of 72%. After the widespread protests following the fraudulent 2011 parliamentary elections, his vote fell to under 64% in the following year’s presidential election. Western democratic leaders might only hope for such an endorsement from the electorate but slumps in support, even on this relatively small scale, may be potentially damaging for an authoritarian leader such as Putin.

In the end, in Soviet terminology, the 2018 quota was over-fulfilled, certainly in terms of vote share. Putin received just under 77%: his nearest contender, the strawberry magnate Pavel Grudinin, standing on a Communist ticket, received just 12%. The 67.5% turnout was respectable enough and certainly in line with previous Presidential elections. Whilst the electoral process was once again marred by irregularities, ballot-stuffing, and fraud, even without such machinations, Putin would have still won.

But why was it so important for Putin’s team for their man not just to win but to win big?

To understand the Putin phenomenon we must start by recognizing the political context. Whilst the 1990s saw Russia flirting with democracy, since 2000, Russia has moved closer and closer to an authoritarian model.

Elections in a democracy provide both the means by which citizens hold their rulers to account and act as a key indicator of the degree of democratic consolidation. The purpose of elections in an authoritarian system such as Russia, however, appears less obvious. As the political scientist Andreas Schedler highlights, if elections didn’t serve a purpose, authoritarian leaders would hardly bother to convene them.

Elections for the authoritarian leader perform several vital functions. Firstly, they are a signaling mechanism. Emphatic, super-majority electoral victories make it clear to the political elite that there is no political future outside the regime. Moreover, anyone who has visited a major Russian city at election time will testify to the ubiquity of Putin posters adorning the streets, not to mention favorable wall-to-wall media coverage. Super-majority electoral victories not only serve to enhance elite cohesion; they also serve to highlight the futility of organized opposition.

The second function is to play a co-opting role. Candidates perceived as not posing a threat were allowed to compete in Sunday’s election, providing them with possibilities of political advancement and access to resources. Others, notably Alexei Navalny (barred from standing after receiving a suspended prison sentence in 2013 on what most see as a trumped-up and politically motivated bribery charges) were denied the opportunity. Instead, Navalny spent much of the campaign quarrelling with the “approved” liberal candidates, Ksenia Sobchak and Grigory Yavlinsky both of whom ignored his pleas to boycott the election.For the Putin regime, co-option therefore also serves as a tried and tested means of divide-and-rule.

Finally, authoritarian regimes cannot simply rely on repression to remain in power and instead need to manufacture a basis of legitimation. It should not surprise us, therefore, that a final function of authoritarian elections is to endow the regime with at least a façade of legitimacy. Authoritarian elections may be closely controlled and their outcomes largely pre-determined but they do serve to suggest both domestically and internationally that they are dependent to some extent on popular will. The larger the turnout, the greater degree of legitimacy conferred on the regime.

Putin’s emphatic victory serves to maintain the unity of the regime, further marginalize opposition and provide Putin with what he will undoubtedly see as a legitimate mandate. Addressing a celebration rally in Red Square, Putin described the win as a vote of confidence and proof that the country was united in support of his regime.

Whilst the Putin regime has proved itself adept at maintaining authoritarian control through the electoral process, it now faces six years of having to satisfy the political elites and the Russian people without the aid of the rising oil prices that bolstered his first two terms. Winning an election was easy; staying in control may be more of a challenge.