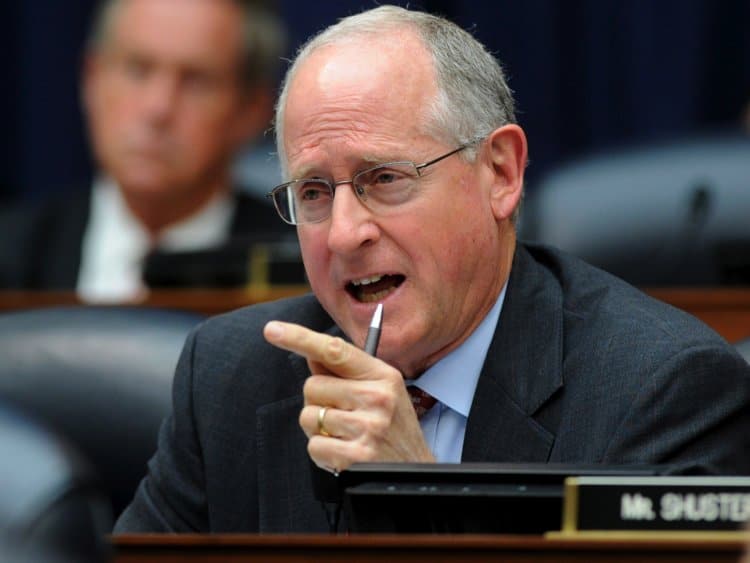 Trump: “NO EVIDENCE OF COLLUSION”

Developments on Day 417 of the Trump Administration:

Hoping to curb or even halt the Trump-Russia investigation of Special Counsel Robert Mueller, Republicans on the House Intelligence Committee declare that there was no collusion between Donald Trump’s advisors and Russian officials during and after the 2016 Presidential campaign.

Representative Michael Conaway, the Texas Republican chairing the committee’s hearings, said he agreed with the US intelligence community that Russia had interfered in the election. However, he defied the agencies over the finding that Moscow favored Trump’s candidacy:

The bottom line: The Russians did commit active measures against our election in ’16, and we think they will do that in the future. We disagree with the narrative that they were trying to help Trump.

But the abrupt end to the committee’s work is unlikely to deflect Mueller, who has been closing on Donald Trump with a series of indictments and convictions, as his team gathers evidence on meetings between Trump’s inner circle and Russian officials, Russian financial involvement in the campaign, Moscow’s hacking and “information” operations, and possible obstruction of justice by Trump.

Adam Schiff of California, the top Democrat on the committee, chided the Republican decision: “By ending its oversight role in the only authorized investigation in the House, the majority has placed the interests of protecting the president over protecting the country. And history will judge its actions harshly.”

Brian Hale, a spokesman for the Office of the Director of National Intelligence, said the intelligence agencies stand by their work and will review the committee’s findings.

And GOP Representative Tom Rooney broke with his party colleagues on the committee, “We have gone completely off the rails, and now we’re basically a political forum for people to leak information to drive the day’s news.”

"We've gone completely off the rails, and now we're just basically a political forum for people to leak information to drive the day's news…we've lost all credibility" – Rep. Tom Rooney on the Republican decision to end the House Russia investigation https://t.co/smu8O6gYSJ pic.twitter.com/wzgCf2oiKZ

From the outset of its inquiry, the Committee has been dogged by political alliances. Its chairman, Devin Nunes of California, was forced to recuse himself in early April 2017 after it was revealed that he was coordinating with White House officials. They passed him “information” to try and shift the committee’s focus with the dubious claim that the Obama Administration had wiretapped Trump Tower in New York City.

Despite the recusal, Nunes continued his work in alliance with the Trump Administration. He attacked intelligence agenices over their work. In early February, his staff released a report trying to undermine the agencies and the Trump-Russia investigation over alleged abuse of authority, but it was soon discredited for its selective approach to information and suspect assertions.

Still, Donald Trump was exultant, in all-capital letters on Twitter:

THE HOUSE INTELLIGENCE COMMITTEE HAS, AFTER A 14 MONTH LONG IN-DEPTH INVESTIGATION, FOUND NO EVIDENCE OF COLLUSION OR COORDINATION BETWEEN THE TRUMP CAMPAIGN AND RUSSIA TO INFLUENCE THE 2016 PRESIDENTIAL ELECTION.

Representative Conaway said the committee Republicans will hand a 150-page draft report to Democrats on Tuesday, with more than 25 recommendations related to elections and cybersecurity, counterintelligence practices and campaign finance rules.

Flynn and Papadopoulos have each pleaded guilty to lying to investigators over their contacts with Russian or Russian-linked officials. Gates pleaded guilty last month to finance, tax, and lobbying charges. All three are cooperating with Mueller’s team.

Manafort is still under indictment from last October, but has held out against a plea and provision of information to the Special Counsel.

The community has summoned only three witnesses since the start of 2018. The latest was former Trump campaign manager Corey Lewandowski.