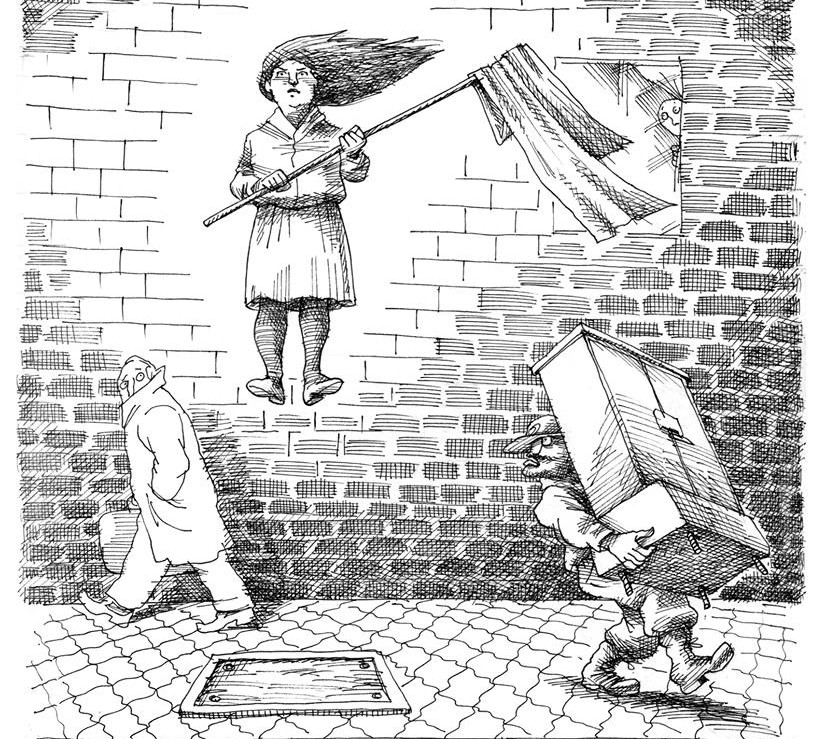 With some women still imprisoned over the demonstrations, which began in late December, Rahimi told reporters of an “anti-hooliganism project” and said, “The police will not tolerate this kind of behavior, and will deal with protesters firmly.”

Reacting to the circulation of a video in which a police officer pushed a young woman off an electrical junction box and reports that her leg was broken, Rahimi said, “We have told our officers to behave lawfully when dealing with anyone, including suspects. We hope that kind of behavior will not reoccur.”

Maryam Shariatmadari has reportedly had to undergo surgery for her injuries. The video has fueled further protests, with the family of one woman, Shaparak Shajarizadeh, saying she was beaten in custody.

The “Revolution Street” demonstration was launched on December 27 when a 32-year-old mother, Vida Movahed, stood on a junction box in Enghelab (Revolution) Street in Tehran, waving her white hijab on the end of a stick. She was seized by police, as was a second woman days later.

However, far from shutting down the protest, the arrests only fed the spread of similar displays across the country by women and some men. Scores of women were detained. Most of them were soon bailed, but others await release. Police tried to block further demonstrations by modifying junction boxes so it is not easy to climb and stand atop them.

On Saturday, Iranian police stepped up their warnings, “Although the sentence for not wearing a hijab is two months in prison, anyone encouraging others to take off their hijab will be jailed for 10 years.”

But the chairman of the Tehran City Council, Mohsen Hashemi called on the authorities to observe ethics, laws, and religious values, saying that veiling.

Hashemi cautioned that continued harsh treatment of demonstrators may spur and opposition to religious rules.