Iran Daily: Tehran — We Are Trying to “De-Escalate” Attacks on Syria’s East Ghouta 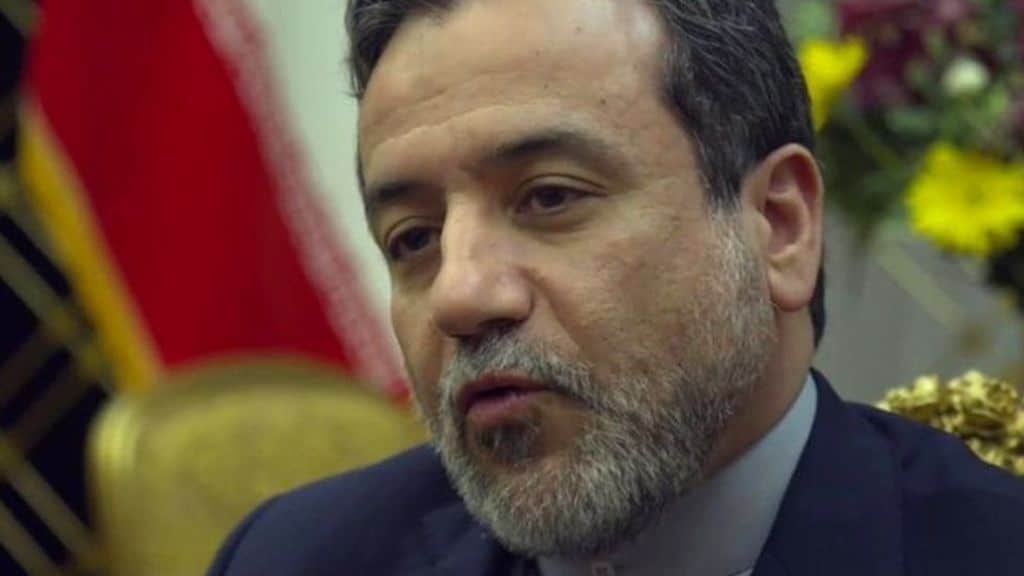 As its ally the Assad regime kills almost 500 people in six days near Syria’s capital Damascus, Iran insists that it is trying to “de-escalate” the situation.

In an interview with the BBC in London, Deputy Foreign Minister Abbas Araqchi (pictured) was asked about the attacks on East Ghouta, as pro-Assad forces prepare to invade the area held by the opposition since 2012. He responded, without specifically mentioning those slain by the assault and enduring a five-year siege:

Pressed by the BBC’s Lyse Doucet if he was aware of the “all-out” assault and the UN’s call for a ceasefire, Araqchi evaded the question before returning to his central point.

Well the fact is in Syria everybody’s attacking everybody….The problem is there are too much players and the situation has become very complicated in different areas of Syria.

In this particular case we are in close contact with the Syrian government trying to see how we can actually de-escalate this tension and start sending humanitarian assistance to the people who are suffering in that city.

He said that Iran is “still waiting for [the] response” of the Assad regime.

Tehran, which has provided essential support for the Assad regime to remain in power and then regain opposition territory, has made no official comment about the East Ghouta situation.

However, Fars, the outlet of the Revolutionary Guards, is insisting that photographs and videos of the casualties are fake.

State news agency IRNA does note the comment of the European Union’s foreign policy head Federica Mogherini, “Unhindered humanitarian access and the protection of civilians is a moral duty and a matter of urgency….The fighting must stop now.”

But the outlet does not mention the killings in East Ghouta or even the pro-Assad attacks, instead asserting, “Some areas in eastern Ghouta are still home to takfiri terrorists through which they attack residential areas in Damascus, a clear breach of truce agreements signed between the Syrian government and the opposition.”

Zarif: “US Relocating ISIS Outside Region”

Foreign Minister Mohammad Javad Zarif has accused the US of relocating Islamic State fighters outside the Middle East so the group can revive and carry out further attacks.

Speaking at a conference at Tehran University, Zarif alleged that Washington — which has pursued an assault against ISIS positions since 2015 through its backing of the Kurdish-led Syrian Democratic Forces — is in fact helping relocate the group outside northeast Syria:

Their communication network remains in place, their leaders remain, and they still receive financial support; so we must expect the re-emergence of the threat any day.

The Foreign Minister provided no evidence for his claim, instead asserting, “Daesh is the birth child of the US invasion of Iraq and, before that, the Israeli oppression against the Palestinian people.”