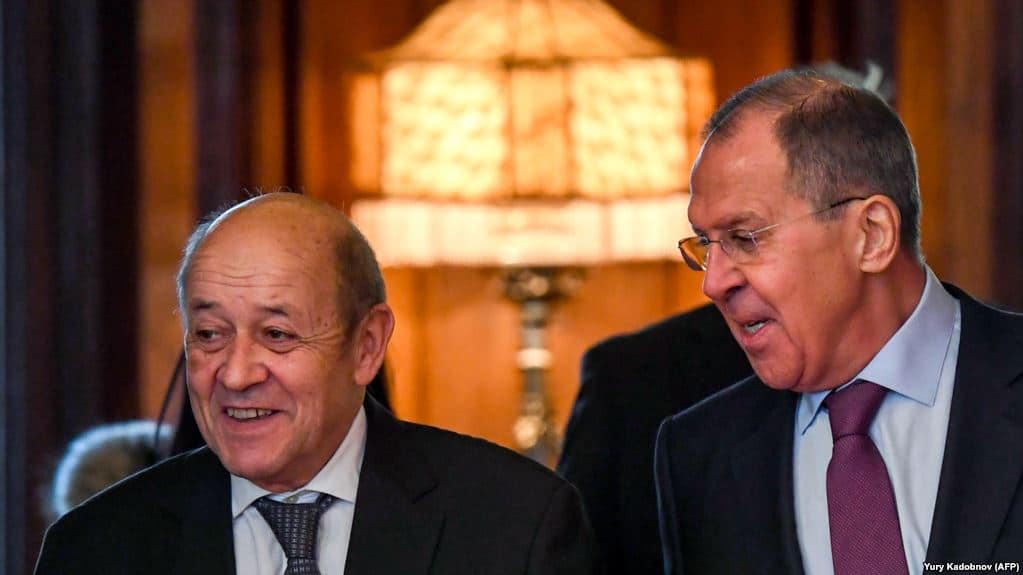 France is maintaining its call for an agreement over Iran’s development of ballistic missiles, with Foreign Minister Jean-Yves Le Drian pressing the case on Tuesday in a meeting with Russian counterpart Sergey Lavrov.

“There is a risk, and everything possible needs to be done to avoid this risk and take the necessary measures so that this ballistic threat is not such for all regional actors,” Le Drian said at a joint news conference with Lavrov. “This could really undermine the security system in this region.”

The minister said he will raise the matter when he visits Tehran next week, “We should maintain an open dialogue, talk about our disagreements.”

The European Union and the three European signatories of the July 2015 nuclear deal — France, the UK, and Germany — have maintained their support for the agreement, fending off Donald Trump’s threats to withdraw. At the same time, since last autumn, France and the EU have sought negotiations for regulation of Iran’s ballistic missile program.

Tehran has publicly rejected any discussion, and denied that Foreign Minister Mohammad Javad Zarif privately spoke with European counterparts about the topic during talks in Brussels in January.

Last week, US media revealed a State Department memo which set out three areas for discussion with the Europeans while Trump extended waivers of Congressional sanctions in May. The Americans want reconsideration of the 10- to 15-year limits in the nuclear deal, hoping to extend them; new guidelines for International Atomic Energy Agency inspections of Iran’s nuclear facilities; and restrictions on ballistic missiles.

Iran says its ballistic missiles are outside any maintenance of the July 2015 deal, as they are not capable of carrying nuclear warheads.