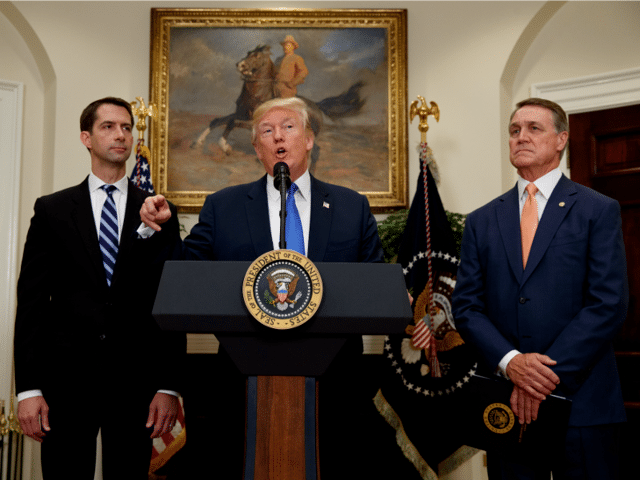 Developments on Day 361 of the Trump Administration:

Amid Donald Trump’s threat to scrap a deal on immigration and his latest controversial remarks, the Federal Government could be shut down on Friday.

The latest supplemental funding to keep the Government open, necessary because the Trump Administration has yet to present its first budget to Congress, expires on January 19. However, a renewal is in jeopardy because of Trump’s repeated declarations this week that a deal on Deferred Action for Childhood Arrivals — the program from 2012 ensuring that almost 800,000 young undocumented immigrants, “Dreamers”, can remain in the US — is “almost dead”.

It was during a discussion of immigration last week, with Republican and Democratic legislators, that Trump spoke of immigrants from Haiti, El Salvador, and Africa coming from “shithole countries”.

At that meeting and others, Trump and hardline Republicans have put conditions on DACA legislation, including full funding of The Wall on the Mexican border and an end to immigrants bringing relatives to the US.

On Monday, Trump repeated that DACA is “probably dead”, declaring that Democrats “just want to talk and take desperately needed money away from our Military”. He then tried to pin blame on Democratic Senator Dick Durbin, the co-sponsor alongside GOP Senator Lindsey Graham of immigration legislation, who told the press of Trump’s “shithole” remarks:

Senator Dicky Durbin totally misrepresented what was said at the DACA meeting. Deals can’t get made when there is no trust! Durbin blew DACA and is hurting our Military.

Hardline Republican Senators David Perdue and Tom Cotton have tried to absolve Trump, first saying they did not hear anything in last week’s meeting and then saying that he did not use the word “shithole” (although a White House official put this in context by saying that the actual word was “shithouse”).

But Graham stood by his statement that Trump did use the racist language: “Since the meeting I don’t remember things differently. I know what I heard, and I know what I said to the President.”

Graham called on Trump to pursue a resolution of DACA and other issues: “I think the President realizes that it takes a bipartisan solution. But you’re not going to get a deal by tweeting, you’re going to get one by talking.”

GOP Representative Mario Diaz-Balart of Florida, who was also at last week’s immigration meeting, called on all parties to refrain from public disputes and name-calling: “You have to be able to sit down and have real tough, serious conversations. And those conversations have to be kept within the folks who are negotiating.”

Marc Short, the White House legislative director, said the Graham-Durbin proposal could be the basis for compromise even though Trump rejected it last week: “It is on the table as a starting point for the congressional conversations.”

But Short said the proposal does not do enough for enhanced border security and failed to prevent immigrants from bringing relatives to the US, described by hostile Republicans as “chain migration”.

The official also objected to new visas for hundreds of thousands of people stripped of Temporary Protected Status by the Trump Administration.

The residents of El Salvador, Honduras, and Nicaragua had been allowed into the US for more than a decade after devastation of their countries by earthquakes.