Syria Daily: US — We Won’t Defend Kurdish Militia in Afrin from Turkey 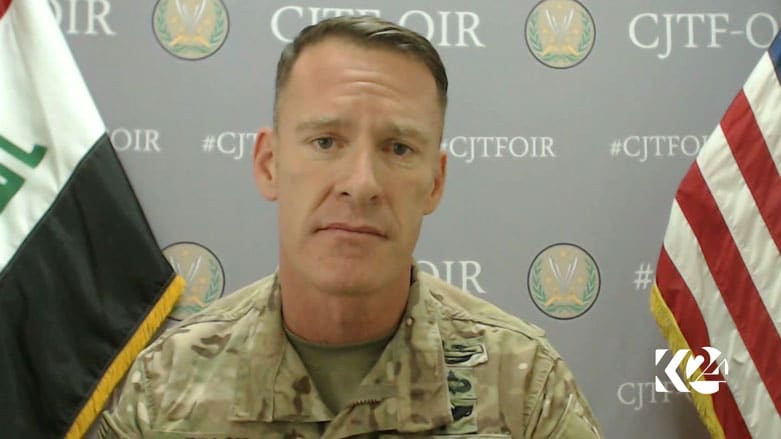 US-led coalition: “We are not operating in Afrin”

UPDATE 0715 GMT: Turkish Foreign Minister Mevlüt Çavuşoğlu has extended Turkey’s threat against Kurdish militia, speaking with reporters after a conversation with US Secretary of State Rex Tillerson at a summit in Canada.

Çavuşoğlu indicated that Turkey might not only move against Afrin in the northwest but also the city of Manbij in eastern Aleppo Province, held by the Kurdish-led Syrian Democratic Forces.

The Foreign Minister framed the warning as “precautions” against the Kurdish militia YPG.

The US military has indicated that it will not defend the Kurdish YPG militia from any Turkish attack on the Kurdish Afrin canton in northwest Syria.

Turkish President Recep Tayyip Erdoğan — angered at US plans for a 30,000-strong border force including the YPG-led Syrian Democratic Forces — said over the weekend and again Monday that the Turkish military will remove “terrorism” in Afrin.

A Pentagon spokesman, Maj. Adrian Rankine-Galloway, told Turkey’s Anadolu News Agency that the US-led coalition is not involved with the YPG in the Afrin area: “”We don’t consider them as part of our ‘Defeat ISIS’ operations, which is what we are doing there and we do not support them. We are not involved with them at all.”

Baghdad-based coalition spokesman Col. Ryan Dillon said, according to Anadolu, “We are not operating in Afrin. We are supporting our partners in defeating remaining ISIS pockets along the Middle Euphrates River Valley [in northeast Syria].”

The coalition’s Public Affairs Office was non-committal, in an e-mail to Al Jazeera English: “It would be inappropriate and irresponsible to speculate on hypothetical situations. “What we can tell you is that the international coalition is resolved to train, equip and support our SDF partners to attain the lasting defeat of ISIS.”

The US created the SDF in autumn 2015, providing it with special forces, armored vehicles, and arms to defeat ISIS in northern and eastern Syria. Turkey considers the Syrian Kurdistan Democratic Union Party (PYD) and its YPG militia to be part of the Turkish Kurdish insurgency PKK.

The coalition’s Public Affairs Office said on Tuesday that there is no problem:

These internal forces are focused on preventing the flow of terrorists across borders, thus bringing more stability to the region.

Turkey’s head of armed forces Gen. Hulusi Akar said at a NATO meeting in Brussels on Tuesday that Ankara “will not allow an extension of the PKK to be given support and armed under the guise of being an ‘operational partner”.

Turkish President Recep Tayyip Erdoğan emphasized the message in a phone call to NATO Secretary General Jens Stoltenberg, later declaring, “NATO! You are obliged to take a stand against those who harass the borders of one of your partners.”

At a meeting in Tehran with the Speaker of the Syrian Parliament, Hammouda Youssef Sabbagh, Rouhani said, “The plot that the Americans have recently hatched for Syria is against international law and…against the territorial integrity and security of Syria and the region.”

Airwars: Russian Strikes Kill Up to 86 Civilians in a Week

The monitor Airwars, which tracks strikes in Syria, summarizes reports of Russian strikes killing up to 86 civilians from January 8 to January 14 in northwest Syria and in the Damascus suburbs.

Airwars said there were 27 incidents during the week, compared to 30 the week before. Among the deaths were up to 24 children and 23 women. More than 50 other civilians were wounded.

Russia has set aside its proclamation of de-escalations to support pro-Assad assaults on Idlib Province and on the East Ghouta area near Damascus. Hundreds of civilians have been killed or wounded since late December.

Dr Ahmad Abdul-Karim Shahadah was one of at least 63 civilians killed by reported Russian airstrikes in Syria over the past week according to our team – with attacks in the governorates of Hama; Ghouta in the countryside of Damascus; Aleppo; and Idlib. https://t.co/7V2dkKkKMc pic.twitter.com/f4DsVhk3Od

More than 210,000 people have been displaced in recent weeks by the pro-Assad attempt to regain parts of Idlib, Aleppo, and Hama Provinces. However, more than 20% of them have moved to areas which are being bombed by pro-Assad forces.

Claims are circulating of another set of Israeli airstrikes on Assad regime targets.

The regime has issued no statement. The Israel Defense Forces do not comment on operations.

The IDF has periodically attacked military sites and convoys. They have tried to disrupt weapons transfers to the regime’s ally Hezbollah, and recently have supported warnings by the Israeli Cabinet about an expansion of the Iranian military presence in the country.

Last week the regime’s military said Israel conducted airstrikes on the al-Qutayfah military base outside Damascus, aiming at a depot with long-range missiles.