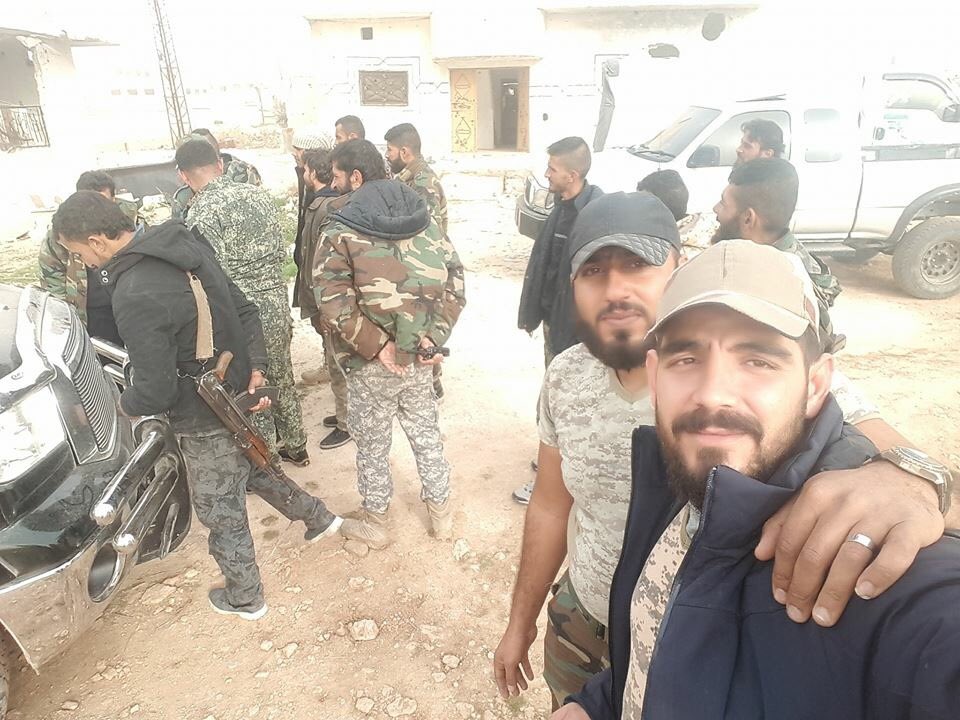 The US-led coalition has said that, given the presence of the Islamic State in regime-held areas of Syria, Bashar al-Assad and his forces are not vanquishing the group.

British Army Major General Felix Gedney noted on Wednesday that ISIS fighters are continuing to operate within the areas without being targeted: “They seem to be moving with impunity through regime-held territory, showing that the regime is clearly either unwilling or unable to defeat Daesh within their borders.”

Pro-opposition activists and rebels have said for weeks that, despite pushed out of all major positions, Islamic State units have been able to travel across regime lines to attack anti-Assad forces in Hama Province — effectively giving support to the pro-Assad offensive trying to wipe out rebels and the hardline Islamists of Hayat Tahrar al-Sham.

Last week the US military supported the claim.

Gedney said yesterday that, despite ISIS’s freedom of movement, it will not be targeted by coalition warplanes : “We have got no intention to operate in areas that are currently held by the regime.”

Instead the British commander asked “the Syrian regime to clear ISIS from those areas that are currently under their control.”

The US military estimates that, after a series of defeats in northern and eastern Syria this year, ISIS has less than 1,000 fighters in the country and in neighboring Iraq.

Pressing the Assad regime’s intention to reoccupy all of Syria, “National Reconciliation” Minister Ali Haidar has said that all de-escalation zones must join the “local reconciliation process” — the regime’s euphemism for surrender.

Pro-Assad forces have defied the de-escalation zones — which have been promoted by the regime’s essential ally Russia — to continue attacks on areas such as the Damascus suburbs and Idlib and Hama Provinces in northwest Syria.

The regime’s delegation, walking out of the Geneva talks two weeks ago, said there can be no discussion of a new Constitution and elections until all areas under regime control.

The Assad regime’s permission for 29 ill people to leave beseiged East Ghouta near Damascus was only given in return for the release of 29 detainees held by rebels.

After a tightening four-year siege and months of refusing evacuations, even of the critically ill, the regime finally relented on Tuesday after pressure by Russia and Turkey. Four people were immediately moved to hospitals in Damascus. A fifth, a six-month-old girl, died before she could be transferred.

The rebel faction Jaish al-Islam said it is releasing the 29 detainees. Deputy “Reconciliation” Minister Ahmed Mounir said the release was of “kidnapped people”.

The Assad regime maintains that hundreds of civilians were seized from the town of Adra, north of Damascus, in December 2013. Jaish al-Islam said yesterday, “We have agreed to release a number of prisoners who have been detained since the battles of Adra in addition to some workers and employees [found] in Jabhat al-Nusra prisons.”

The Red Cross said that the plans are to move almost 500 people with medical conditions from East Ghouta, but the revelation indicates that the Assad regime may not permit any more evacuations without more detainee releases. Regime minister Mounir said the number of people involved in the exchange could increase.

Jaish al-Islam official Yasser Delwan said, “We are working on evacuating the rest of the nearly 500 cases out.”