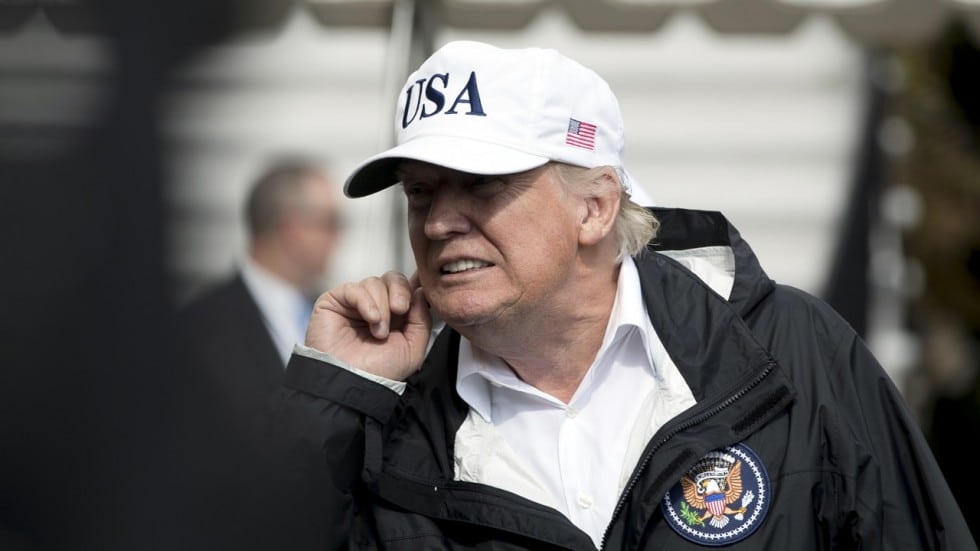 Developments on Day 238 of the Trump Administration:

Trump’s Stream of Confusion Over The Wall, But He Confirms DACA Agreement

Donald Trump has confirmed his deal with Democratic Congressional leaders to ensure the future of about 800,000 young, undocumented immigrants in the US — even as he fell into confusion over the future of The Wall with Mexico, amid a bitter reaction from some Republicans.

On Wednesday night, Trump continued a dramatic reversal of approach, in which he also left behind the GOP leadership to agree with the Democrats on a lifting of the debt ceiling and emergency funding for the Federal Government until December 15. He reached an accord with Senate and House Minority Leaders Charles Schumer and Nancy Pelosi to pursue legislation to enshrine the “Dreamers” program for the immigrants into law, only a week after his Administration said it was suspending Barack Obama’s 2013 order for the inititiative.

Schumer and Pelosi also initially said Trump had agreed to give up his long-declared promise of a $25 billion wall covering the 1,989-mile US-Mexico border. After the White House objected, Schumer’s office said Trump would still pursue The Wall, but had agreed to exclude it from the legislation to confirm the Dreamers program — Deferred Action for Childhood Arrivals — and measures for border security.

See Podcast: Trump’s Immigration Deal with the Democrats
TrumpWatch, Day 237: A Trump-Democrat Deal on “Dreamers” and No Wall with Mexico?

Trump effectively confirmed the Schumer-Pelosi line on Thursday, even as he issued a series of conflicting statements over The Wall.

Trump stared Thursday morning with an apparent pushback against the Democrats, tweeting, “No deal was made last night on DACA”, and emphasizing that “massive border security” would have to be part of a deal which “would be subject to a vote”.

But by the time he reached Florida for a photo opportunity after Hurricane Irma, he was telling reporters, “We’re working on a plan for DACA,” and acknowledging, “The Wall will come later.”

Perhaps more importantly, given Trump’s approach to publicity, he had already altered his line on Twitter, abandoning his criticism of immigrants and instead hailing them:

Does anybody really want to throw out good, educated and accomplished young people who have jobs, some serving in the military? Really!…..

Dropping the Administration’s language of “illegal aliens”, Trump said for the first time, “They have been in our country for many years through no fault of their own – brought in by parents at young age.” He then added the face-saver for his anti-immigration base, “Plus BIG border security”.

Meanwhile, Trump went back and forth on The Wall. He began the morning with a tweet which — behind its initial capital-letter defiance — appeared to convert the barrier into the border system that is now in place:

The WALL, which is already under construction in the form of new renovation of old and existing fences and walls, will continue to be built.

In his later statement to reporters, “The Wall will come later,” Trump did not clarify whether he meant his original insistence on a hard barrier or whether he was retreating to the current network of fences and walls.

“There was no deal. They didn’t say they had a deal,” Pres. Trump says of meeting with Nancy Pelosi & Chuck Schumer https://t.co/QnXQnxARjk pic.twitter.com/rN8ZvKZeYd

Republican legislators, none of whom were present at Trump’s Wednesday dinner with Schumer and Pelosi, tried to get a grip on the developments. Speaker Paul Ryan, whose own discussions with Democrats were overtaken by the Trump shift, put a positive gloss on the situation: “We’re not going to bring a solution to the floor that does not have the support of President Trump.” If the bill included “security and enforcement…a majority of our members, because our members support President Trump”.

But Ryan cautioned, “The president understands he has to work with the congressional majorities to get any kind of legislative solution,” as he defined Wednesday’s Trump-Democrat accord as “a discussion, not an agreement or a negotiation”.

Senate Majority Leader Mitch McConnell said only that Senators “look forward to receiving the Trump Administration’s legislative proposal”. Some Republicans were welcoming, but others said Trump’s new position would lead to immigrants overrunning the US.

Trump’s hard-right advocates were angered, some to the point of abandoning their long-held support. Ann Coulter tweeted:

Looks like Bannon got it wrong. That shadowy force trying to nullify the 2016 election … is @realDonaldTrump.

At this point, who DOESN’T want Trump impeached? https://t.co/g1mMhmm8ng

Trump friend and FOX TV presenter Sean Hannity turned his invective on Republicans in Congress: “If reports true 100%. I blame R’s. They caused this. They wanted him to fail and now pushed him into arms of political suicide — IF TRUE.”

By the end of Thursday, Breitbart — led by recently-departed White House chief strategist Steve Bannon — was headlining, “Trump Supporters Begin 🔥 Burning MAGA Hats in Protest Against Amnesty-For-No-Wall Deal with Dems: YOU HAVE BECOME THE SWAMP”. 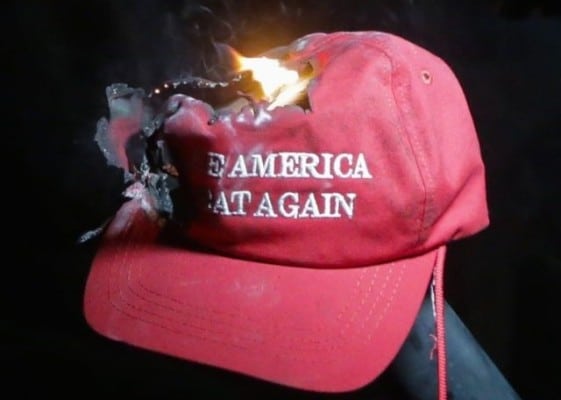 The site even crossed Bannon’s red line of not attacking his former boss, “9 Lies About DACA Trump is Buying Into”.

Trump Returns to “Both Sides” Blame for Charlottesville

Trump did give succor to the hard right with a return to his detachment from white supremacist violence in Charlottesville, Virginia in mid-August.

After a meeting with GOP Senator Tim Scott of South Carolina, who has publicly condemned Trump’s initial blame of “many sides”, Trump tried again with reporters on Air Force One:

I think especially in light of the advent of Antifa [the Anti-Fascist movement, a small section of the counter-protests], if you look at what’s going on there. You have some pretty bad dudes on the other side also, and essentially that’s what I said. Now, because of what’s happened since then with Antifa — you look at really what’s happened since Charlottesville, a lot of people are saying and people have actually written, “Gee, Trump might have a point.” I said, “You’ve got some very bad people on the other side also,” which is true.

Trump’s remarks risk reopening a schism which led to some Republican legislators and even members of his own Cabinet criticizing his behavior in August as an absolution of the white supremacy movement and its violence.

Scott was cautious in his remarks on the meeting:

It’s who he has been. I didn’t go in there to change who he was I wanted to inform and educate a different perspective. I think we accomplished that and to assume that immediately thereafter he’s going to have an epiphany is just unrealistic.

His office was more forthright in a statement: “Antifa is bad and should be condemned, yes, but the KKK has been killing and tormenting black Americans for centuries. There is no realistic comparison. Period.”

In contrast to his Air Force One comments, Trump later signed a Congressional resolution which denounced the violence in Charlottesville and “white nationalists, white supremacists, the Ku Klux Klan, neo-Nazis and other hate groups”.

According to a White House statement, Trump said, “No matter the color of our skin or our ethnic heritage, we all live under the same laws, we all salute the same great flag, and we are all made by the same almighty God.”

Trump: Hurricanes Are Not Evidence of Climate Change

Donald Trump again refuses to acknowledge climate change, following both Hurricane Harvey in Texas and Hurricane Irma in Florida in the past three weeks.

Returning from flooded areas of southwest Florida, Trump insisted aboard Air Force One:

We’ve had bigger storms than this. We did have two horrific storms, epic storms. But if you go back into the ’30s and ’40s, and you go back to the ’teens, you’ll see storms that were very similar and even bigger.

Florida Governor Rick Scott, who also avoids referring to “climate change”, told reporters on Wednesday: “Clearly the environment changes all the time, and whether that’s cycles we’re going through or whether that’s man-made, I couldn’t tell you which one it is. But I can tell you this: We ought to solve problems.”