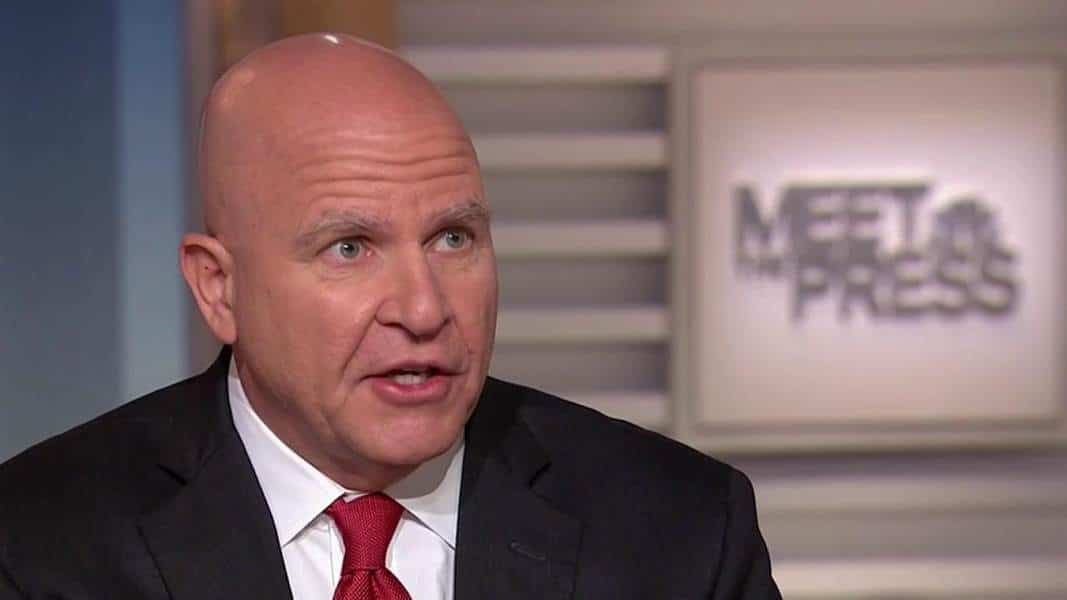 Developments on Day 206 of the Trump Administration:

McMaster Breaks Ranks with Trump and Bannon Over White Supremacy

The weekend’s events around a white supremacy rally in Charlottesville, Virginia — and Donald Trump’s ongoing failure to comdemn the movement’s violence, racism, and Nazi symbols — are now feeding a serious rift within his White House staff.

The White House tried to cover Trump’s refusal to address the white supremacists, instead putting blame on “many sides”, with a Sunday statement:

The President said very strongly in his statement yesterday that he condemns all forms of violence, bigotry and hatred, and of course that includes white supremacists, KKK, neo-Nazi and all extremist groups.

But Trump, still on his 17-day vacation at his New Jersey golf club, offered no follow-up to his Saturday comments which were roundly criticized by both Republicans and Democrats. And White House advisors, including Homeland Security official Tom Bossert, continued to declare Trump’s equivalence between white supremacists — one of whom killed one person and wounded 19 by ramming a car into a crowd — and counter-protesters with the assertion of “groups from outside that showed up on both sides, looking for trouble, dressed in riot gear, prepared for violence”.

When I asked senior WH official why Trump didn't condemn Cville Nazis, he said: "What about the leftist mob. Just as violent if not more so"

But National Security Advisor H.R. McMaster took a different line by pointed saying of the car-ramming on counter-protesters, “”Certainly I think we can confidently call it a form of terrorism. What terrorism is is the use of violence to incite terror and fear, and of course it was terrorism.”

McMaster reasserted the revision of the President’s Saturday statement, “He condemned hatred and bigotry on all sides, and that includes white supremacists and neo-Nazis.”

However, he then appeared to distance himself from White House chief strategist Steve Bannon, the “white nationalist” whose supporters have been waging a campaign through websites and social media to oust the National Security Advisor.

Demonstrators gather at the White House to show solidarity for Charlottesville victims https://t.co/y5fSTpIIlc

An attack from North Korea is not something that is imminent….I’ve heard folks talking about being on the cusp of a nuclear war. [There is] no intelligence that would indicate that we’re in that place today.

McMaster pushed aside Trump’s “locked and loaded” tweet — followed with the false declaration that the President has strengthened the US nuclear arsenal — from Friday:

The United States military is locked and loaded every day….But the purpose of capable, ready forces is to preserve peace and prevent war.

He then called for concerted pressure on North Korea by the US, its allies, and “responsible” nations.

General Joseph Dunford, the chairman of the Joint Chiefs of Staff, will meet on Monday with South Korean President Moon Jae-in, and will also visit Japan and China.

As a military leader, I have to make sure that the president does have viable military options in the event that the diplomatic and economic pressurization campaign fails. We are mindful of the consequences of executing those options, and that makes us have more of a sense of urgency to make sure that we’re doing everything we absolutely can to support Secretary Tillerson’s current path.

We’re all looking to get out of this situation without a war.