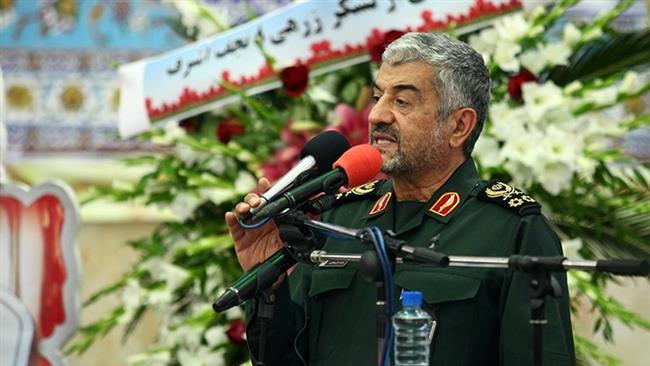 Unsettled by the beheading of one of their soldiers in Syria, Iran’s Islamic Revolutionary Guards Corps have proclaimed that the Islamic State is working for Israel.

Guards commander Mohammad Ali Jafari made the claim on Sunday at the commemoration ceremony for the slain soldier Mohsen Hojaji. He continued, “Enemies regard the Islamic Iran as the focal point of the Muslim movement and have targeted its revolutionary forces, soldiers, and the Armed Forces.”

Hojaji was seized by ISIS near the Iraqi border last Monday and beheaded two days later.

The IRGC has spent the last four days responding to ISIS, with General Qassem Soleimani, the head of the elite Quds Force, proclaiming that Iranian forces will not rest “until they have wiped out every last terrorist from the face of the Muslim world”.

Jafari put his comments in the context of further pressure on the IRGC and Iran’s regime from new US sanctions. He said enemies have been constantly seeking to undermine the Iranian military, despite the July 2015 nuclear deal, but declared that the resolve of the Iranian nation, the Supreme Leader, and “defense prowess” would stand defiant.

On Sunday, the Iranian Parliament passed a bill declaring a firm response to the sanctions adopted by the US Congress in late July. While mainly symbolic, the measure allocated an additional $260 million both to the IRGC’s missile program and to the Quds Force.