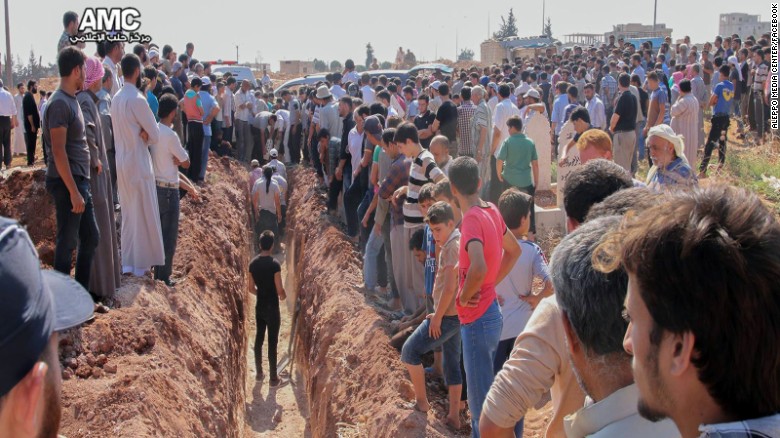 Seven volunteers of the White Helmets civil defense organization were killed on Saturday by a gang who raided their center in Idlib Province in northwest Syria.

The victims were shot in the head. The attackers — who have yet to be identified — stole money, two minibuses serving as ambulances, and equipment.

The bodies were discovered soon after dawn by the next shift of volunteers arriving for duty. Journalist Hadi al-Abdallah broke news of the shootings and posted images:

One of those slain, Abu Kifah, came to international attention last September when he rescued a baby in eastern Aleppo city after a pro-Assad airstrike. He was filmed carrying the infant, who survived, and breaking down in tears: “I felt like she was my daughter”. Earlier this year, he became a father.

Almost 200 White Helmets personnel have been killed, the large majority by Assad regime and Russian airstrikes, since the organization was formed in 2013. The organization says it has saved more than 95,000 lives in rescue operations.

The White Helmets’ work has angered supporters of the Assad regime, who have mounted a sustained disinformation campaign to smear the group as an ally of “Al Qa’eda”.

See Smearing Syria’s White Helmets — From the Assadists to the Conspiracy Theorists
Syria Feature: These Are The White Helmets

A protest on Sunday by White Helmets volunteers, in Kafrzita in northern Hama Province, over the killings: 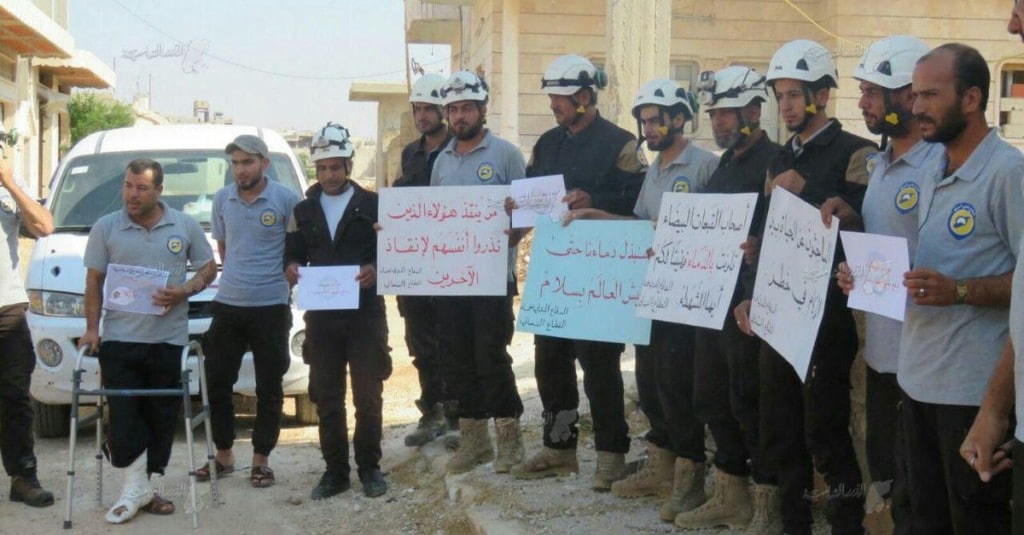 Footage of Sunday’s rocket assault by pro-Assad forces on the Damascus suburb of Ein Tarma:

The Syrian military and its foreign allies have tried for more than two months to break rebel resistance in Ein Tarma and Jobar with airstrikes, chemical attacks, rocket and artillery fire, and ground attacks; however, they have been unable to force a surrender as they have in other suburbs such as Barzeh, Qaboun, and Tishreen.

Rebels claimed on Sunday that they had killed another 20 troops of the regime’s 4th Division in an ambush that destroyed a building. They said more fighters were still in the rubble.