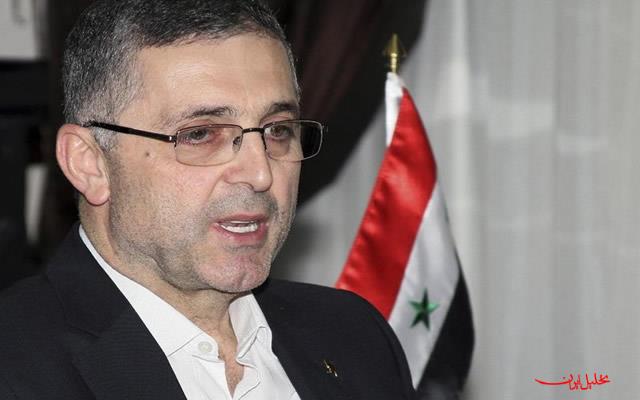 Regime Minister: “All the American attempts to arm rebels…have failed.”

The Assad regime has praised the Trump Administration’s halt to CIA support to Syria’s rebels, saying it is a “start” towards ending the 76-month uprising.

National Reconciliation Minister Ali Haidar said, “All these steps are the start to solving the Syrian crisis, and without that there is no solution.”

Last week, the US Administration confirmed a halt to aid — provided since 2012, but limited since 2015 — to rebels fighting the regime. It will continue assistance to the Free Syrian Army’s effort in eastern Syria, both against the Islamic State and against consolidation of a link between Iranian-supported foreign militias in Iraq and Syria. However, most of the American assistance is being given to the Kurdish-led Syrian Democratic Forces, as they try to push ISIS of northern Syria including the city of Raqqa.

Haidar called on foreign states to seal off borders to block any assistance: “As long as there are areas left like open wounds, there will be no solution.”

He said the regime intends to reach more “reconciliation agreements” — its term for the capitulation of opposition areas — across Syria: “The Syrian government and allied countries are working on many details for the…de-escalation zones to pave the way for real reconciliations. We will not accept anything less than that.”

Over the past years, a combination of sieges, airstrikes and bombardment, and ground offensives have forced the surrender and forced displacement of people from eastern Aleppo city; Damascus suburbs such as Darayya, Moadamiyah, Barzeh, and Qaboun; the al-Wa’er section of Homs city.

Haidar proclaimed victory, “All the American attempts to fund and arm and train groups it called moderate factions…have failed.”

Lebanon’s army chief said on Tuesday that the military has 50 “dangerous terrorists” in custody among hundreds of detainees arrested in recent raids on Syrian refugee camps near the border.

General Joseph Oun asserted that those detained in raids in late June were involved in clashes in the town of Arsal in August 2014, leading to the deaths of scores of fighters and the killing and capture of scores of troops.

“The army will not make the camps a facade for the terrorists,” Oun said.

Activists say that men in the camp were beaten, and that four men were tortured and killed in custody. At the time, Lebanese forces said they faced five suicide bombers and a sixth attacker with a hand grenade.

Last week Hezbollah launched an offensive in the mountains overlooking Arsal. The group declared on Monday that its battle against fighters was “almost won”.

Footage of the aftermath of regime bombing of the Damascus suburb of Erbin, despite Russia’s proclamation on Monday of its military police deploying on the frontline with the opposition-held East Ghouta area.