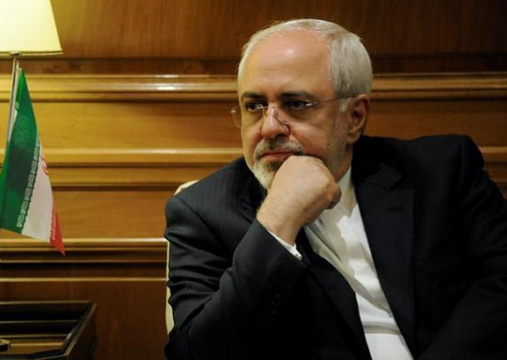 Zarif used Twitter for his response to speeches by Trump and Secretary of State Rex Tillerson criticizing Iran for support of “terrorism”, repression of human rights, and an undemocratic political system.

Commenting a day after the re-election of centrist President Hassan Rouhani was confirmed, Zarif responded while noting Trump’s emphasis on the Saudi purchase of $110 billion of US arms immediately and $350 billion over 10 years, as well as announcements of Saudi investment in the US:

Iran—fresh from real elections—attacked by @POTUS in that bastion of democracy & moderation. Foreign Policy or simply milking KSA of $480B? pic.twitter.com/ahfvRxK3HV

Zarif also used an editorial for the London-based al-Araby al-Jadeed to advise Trump to discuss with the Saudis how to avoid another September 11 attack.

[Trump] must enter into dialogue with them about ways to prevent terrorists and Takfiris from continuing to fuel the fire in the region and repeating the likes of the September 11 incident by their sponsors in Western countries.

Fifteen on the 19 hijackers on September 11, 2001 had Saudi passports.

The Trump Administration has been promoting the President’s trip as part of an effort to build an Arab coalition in the region. Iran perceives the effort as an attempt, combined with ongoing US sanctions, to isolate the Islamic Republic.

Zarif tweeted on Saturday, before Trump met leaders and representatives from some Gulf countries, Arab States such as Egypt, and Turkey in a “Riyadh Summit” yesterday:

We derive stability not from "coalitions", but from our people, who -unlike many- do vote. Iranians must be respected & are ready to engage.