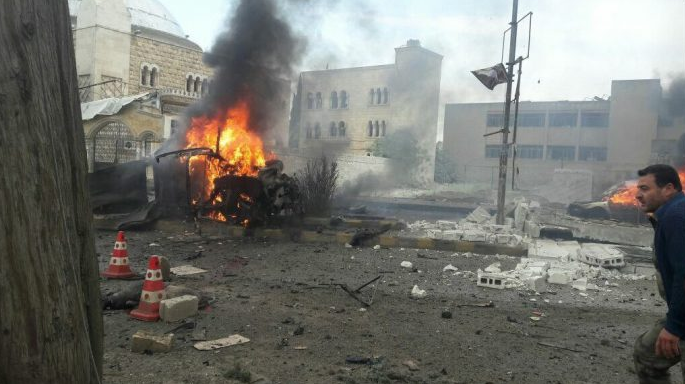 Dozens of rebels have been killed or wounded by an Islamic State bombing of a headquarters in northwest Syria.

The attack struck a base of Ahrar al-Sham, a leading rebel faction, in a village east of Saraqeb in Idlib Province. Ahrar al-Sham said a man drove a motorbike up to the building, and detonated a bomb on the bike and an explosives belt.

Although it has been pushed back over the past 18 months in much of northern Syria, ISIS has continued to carry out bombings while fighting both rebels and the Assad regime. Most of the attacks have been on opposition territory, particularly in the northwest near the Turkish border.

On May 3, at least five people were killed in the border town of Azaz, and another bomb last week caused dozens of casualties.

TOP PHOTO: Aftermath of a bomb in Azaz in Idlib Province in northwest Syria, May 3, 2017

Pro-Assad forces have bombed and fired rockets on areas of Daraa city in southern Syria, violating the terms of the Russian “de-escalation zones” for the second time in a week.

The airstrikes and bombardment were in support of a ground assault, which rebels said they repelled.

Before the Russians announced the zones earlier this month, rebels had advanced inside Daraa, taking the important Manshiyah district. 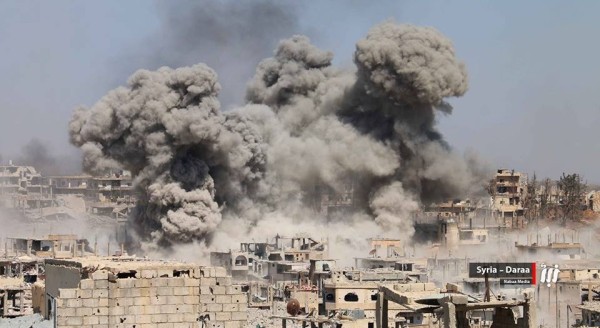