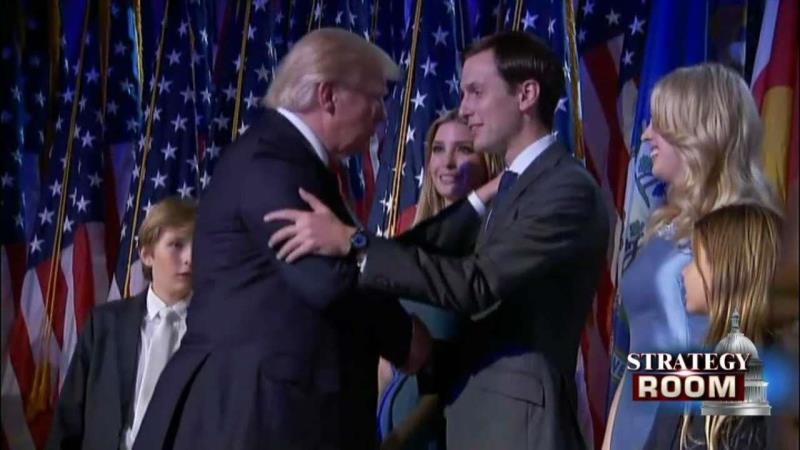 Developments on Day 127 of the Trump Administration:

Kushner Proposed Back Channel to Moscow

More attention to Donald Trump’s son-in-law Jared Kushner in the Trump-Russia investigation, with the revelation that — before becoming White House senior advisor — he discussed a secret communications channel between the Trump transition and the Kremlin.

“US officials briefed on intelligence reports” said Kushner proposed the channel in a meeting at Trump Tower to Russian Ambassador Sergei Kislyak. Michael Flynn, who later had to resign as National Security Advisor because of his conversations with Kislyak, was also present.

Kislyak reported to superiors in Moscow that Kushner made his proposal during a meeting on December 1 or 2, according to intercepts of Russian communications reviewed by US officials. The ambassador said Kushner suggested using Russian diplomatic facilities in the US for the communications, with Flynn “speaking directly with a senior military official in Moscow to discuss Syria and other security issues”.

Three people said that the idea of Flynn direct connection with Moscow was dropped less than two weeks later when Trump named Rex Tillerson, the CEO of Exxon with long-time Russian contacts, as Secretary of State.

Kushner, Flynn, and Kislyak also talked about arranging a meeting between a Trump representative of Trump and a “Russian contact” in a third country, according to an anonymous letter reviewed by The Washington Post.

On January 11, Erik Prince — the founder of the Blackwater private armed force and the brother of Trump’s Education Secretary Betsy DeVos — met a “Russian close to President Vladi­mir Putin” in the Seychelles, in discussions arranged by the UAE.

The meeting took place around Jan. 11 — nine days before Trump’s inauguration — in the Seychelles islands in the Indian Ocean, officials said. Though the full agenda remains unclear, the UAE agreed to broker the meeting in part to explore whether Russia could be persuaded to curtail its relationship with Iran, including in Syria, a Trump administration objective that would be likely to require major concessions to Moscow on U.S. sanctions.

On Thursday, it was confirmed that Kushner is a “focus” of the expanding Trump-Russia inquiry by the FBI. Flynn had already been identified as a “target”, with the Senate Intelligence Committee issuing subpoenas for his documents — he has refused, invoking the 5th Amendment against self-incrimination, but the committee may now subpoena records from his businesses.

Kushner has said that he is willing to testify before the committee.

See TrumpWatch, Day 126: Kushner is A Focus in Trump-Russia Investigation

An administration official said the White House will not comment on the latest Kushner report.

In March, the White House revealed that Kushner met Kislyak and Sergei Gorkov, the head of the Russian development bank Vnesheconombank in early December to discuss issues such as US sanctions on Moscow. Kushner initially omitted the contacts from a national security questionnaire.

On Friday, it was reported that Kushner had previously undisclosed contacts with Kislyak, including two phone calls between April and November.

US officials said that, so far, they have not seen evidence of wrongdoing or collusion in the contacts.

The White House is preparing an operation for a rapid-response approach and communications strategy amid the Trump-Russia investigation, officials say.

White House Chief of Staff Reince Priebus and chief strategist Steve Bannon are involved in the discussions, which began before the two officials returned early from Donald Trump’s overseas trip. A White House official said many more staffers are now involved: A lot of conversations. Everyone realizes we have to bolster our efforts and it’s still (to be decided) what that means.”

Officials say the White House war room may be aided by an outside rapid response operation, staffed by Trump loyalists such as former Trump campaign manager Corey Lewandowski and former top campaign official David Bossie. Both men have been seen on several occasions at the White House in recent weeks.

The Belgian daily newspaper Le Soir gives an insight into the formative experiences for Donald Trump’s views on the European Union.

Trump enjoyed “lots” of chocolates, a gift from the Belgian government — “These are the best” — during a meeting with Prime Minister Charles Michel.

But Trump was far from content as he gave his personal review of Europe. A source said:

Every time we talk about a country, he remembered the things he had done. Scotland? He said he had opened a club. Ireland? He said it took him two and a half years to get a licence and that did not give him a very good image of the European Union. One feels that he wants a system where everything can be realised very quickly and without formalities.

Officials said the President came with a “positive approach” but was limited in his knowledge and ability to understand concepts: “Donald Trump had no idea of the economic weight of Belgium and even less of what the country represents for trade with the United States. Then he was introduced to the thing in a very visual way. But the president only gave vague attention to it.”