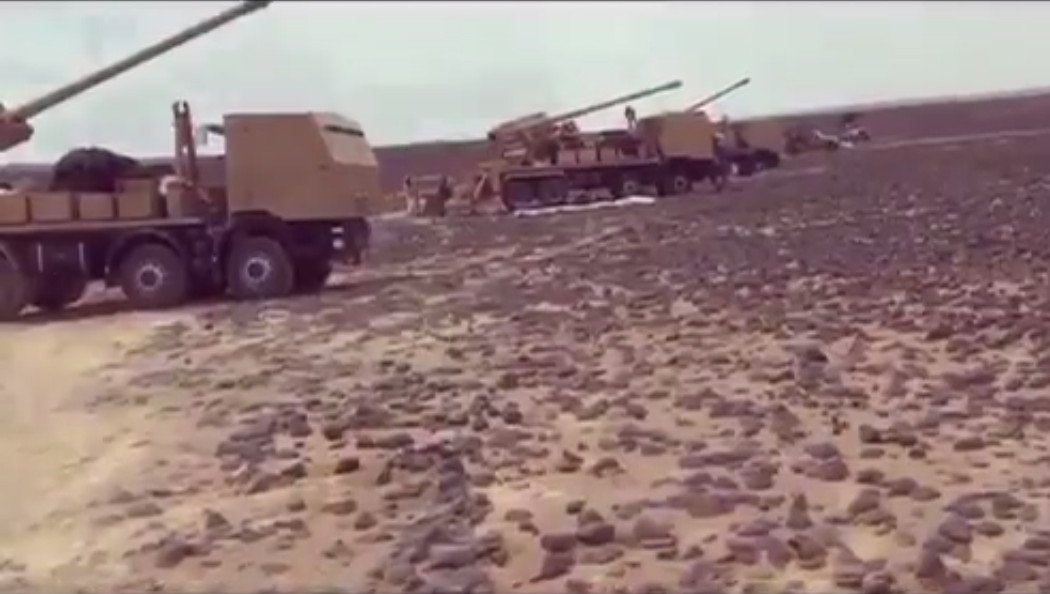 Pro-Assad forces have made a significant advance in central Syria’s desert with the withdrawal of Islamic State forces from the area.

The advance cuts off rebels in the eastern Qalamoun region, leaving the area vulnerable to siege and assault. A successful offensive would further consolidate the Assad regime’s grip northeast of Damascus and along the highway to the Iraqi capital Baghdad., a hold extended in recent months with the capitulation of some of the capital’s suburbs.

The advance also revives the prospect of fighting between pro-Assad forces — including Hezbollah and Iranian-backed Iraqi militia — with US-supported Free Syrian Army units who had taken more than 2,500 square km from ISIS in the eastern desert, known as the Badia, in recent months.

Last week the US carried out its first airstrikes in support of the FSA against pro-Assad elements, striking a convoy that was advancing near the FSA base and American special forces close to the Iraqi border. Hezbollah and Iraqi militia suffered casualties and an armored vehicle and engineering trucks were destroyed; however, the offensive was renewed days later.

The Assad regime is hoping for a breakthrough along the Damascus-Baghdad highway to reach Deir ez-Zor Province, where ISIS has surrounded regime forces — including in Deir ez-Zor city — since 2014.

Free Syrian Army units said on Friday that they have launched Operation Badia Volcano, announced earlier this week, to push back the pro-Assad forces. Clashes were reported east of the city of Suwaida. 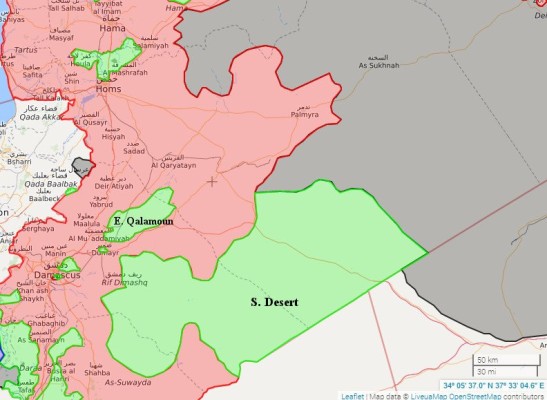 Hundreds of families are reportedly being forced from their homes in the East Ghouta area near Damascus, amid continued fighting between rebel factions.

The families have relatives in the Jaish al-Islam faction but are in areas held by the Failaq al-Rahman faction. The latter is supported by the Hay’at Tahrir al-Sham bloc, led by the Jabhat Fatah al-Sham faction which has been linked with Al Qa’eda.

A Jaish al-Islam source said almost 600 families were forced to move: “They drove them out of their houses deliberately.”

The ongoing rebel row is not the first for East Ghouta. Last spring, rebel factions took up arms against one other for two weeks, culminating in the loss of large swathes of agricultural area to regime forces, Syria Direct reported at the time.

The two sides have been clashing for months, with each blaming the other for the violence. Pro-Assad forces have taken advantage to make further inroads in East Ghouta, much of which they have seized since last year.

The displaced are reportedly heading north to territory held by Jaish al-Islam, including Douma, the central town in the area. Video on a pro-JAI Facebook page showed the families, with one woman declaring, “What can I say—my sons are in Jaish al-Islam….Now we’re displaced.”

Other residents told Syria Direct that told by members of Failaq al-Rahman to leave because of their relatives in Jaish al-Islam.

“There might be cases of families leaving the Central Section for Douma, or vice-versa because of fighting,” spokesman Wael Alwan told Syria Direct on Thursday. “Regarding the forced displacement of almost 400 families, it is nothing more than exaggeration by the media and complete slander.”