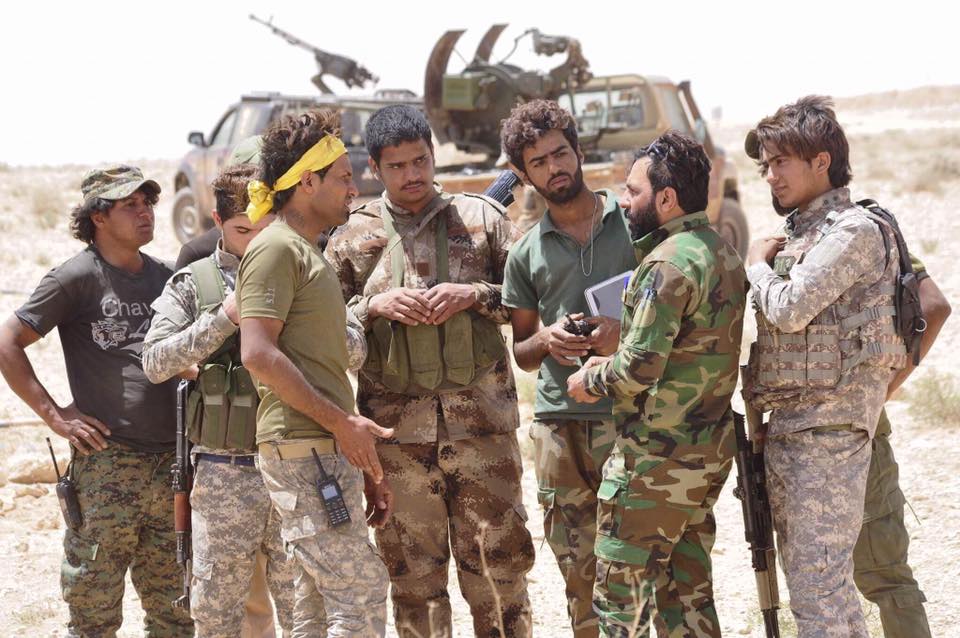 Assad regime: US-led coalition struck “one of our military points”

UPDATE 1245 GMT: The Assad regime has acknowledged the US strikes on its forces and allies while downplaying the attack.

A “military source” said Thursday’s strikes hit “one of our military points”, calling the raid “brazen” and warning that it undermined claims of a fight against “terrorists”:

On Thursday at 16:30, the so-called international coalition attacked one of the Syrian Arab Army’s positions on the Al-Tanf road in the Syrian Badia region, producing a number of martyrs and causing material damage.

This brazen attack by the so-called international coalition exposes the falseness of its claims to be fighting terrorism.

ORIGINAL ENTRY: The US has carried out its first airstrikes in support of Syria’s rebels against pro-Assad forces.

US officials have confirmed that warplanes hit the pro-Assad convoy near the rebel base at Tanf, near the Iraqi border. American special forces are also deployed at the base to train the Free Syrian Army units and assist their operations.

The US-supported rebels have pushed back the Islamic State in eastern Syria in recent months, taking more than 2,500 square km of territory.

Local sources claim that Hezbollah fighters and Iraqi militiamen were in the convoy, and rebels also told Buzzfeed’s Mike Giglio that Iranian troops were present. There are claims that a tank and engineering vehicles were struck.

The FSA has expressed concern that the pro-Assad forces were mobilizing for a drive through eastern Syria towards Deir ez-Zor Province, where regime units have been surrounded since 2014 by the Islamic State.

The offensive appears to be racing the pro-Assad forces for entry into Deir ez-Zor.

An MAT source said, “The coalition has made it clear that fighting Iranians and the regime is not their mission. “They must remain neutral in our battles with the regime—they must only fight the Islamic State.”

TOP PHOTO: Pro-Assad Iraqi militiamen, reportedly among those hit by US warplanes on Thursday

Amid ongoing regime shelling of Latamneh in northern Hama Province, men try to extinguish the fires set on agricultural land:

N. #Hama: how to extinguish a fire triggered by Regime artillery shelling on agricultural areas around #Lataminah. pic.twitter.com/cyaPEmT2kR

The regime has maintained attacks on northern Hama Province despite Russia’s proclamation of “de-escalation zones”.

The Syrian military has used bombardment of agricultural land to try and starve besieged populations into submission, as in case of Damascus suburbs like Darayya and the al-Wa’er section of Homs city. 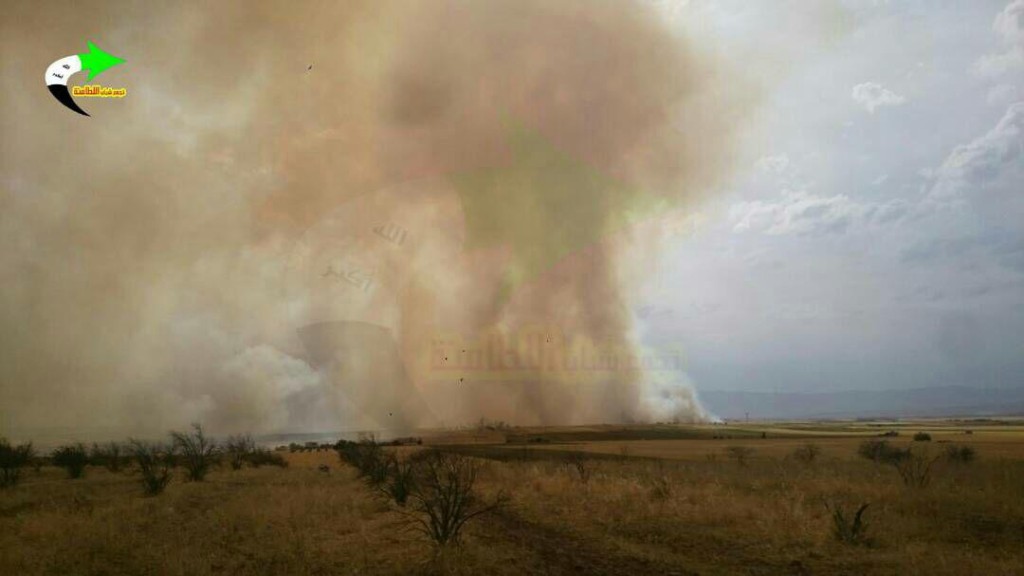