Syria Daily: The Final Departure from al-Wa’er in Homs City 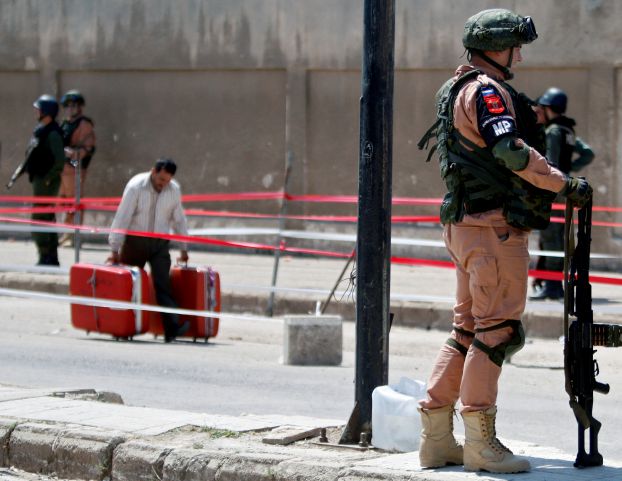 About 20,000 of 50,000 in last opposition district in Homs have left for north and northwest Syria

VideoCast: Al-Wa’er’s Surrender and the Partition of Syria

The last group of rebels and residents have been removed from al-Wae’r, the final opposition-held district in Homs, Syria’s third-largest city.

More than 2,500 people are expected to be transferred to Idlib Province in northwest Syria, or to the town of Jarablus on the Turkish border on Saturday and Sunday.

See also VideoCast: Al-Wa’er’s Surrender and the Partition of Syria

About 20,000 of al-Wa’er’s 50,000 residents will have left under the capitulation arrangements begun in March, forced by more than four years of siege, destruction of food sources, and a three-month air and ground bombardment.

A Russian officer overseeing the removals said Moscow’s military police will help with the “transition” inside al-Wa’er.

The capitulation is one of a series brought by pro-Assad sieges and attacks, including on Damascus suburbs such as Darayya and Moadamiyah. Earlier this month, the towns of Barzeh and Tishreen, to the northwest of the capital, finally gave way.

TOP PHOTO: A man carries suitcases as he walks past Russian soldiers during the forced removal from al-Wa’er in Homs, Syria, May 20, 2017 (Omar Sanadiki/Reuters)

Report: Regime Suspends Escorts of Commercial Trucks To and From Aleppo

A purported order, circulated by the commander of the regime’s Republican Guards in Aleppo, has suspended the escort of commercial trucks to and from the city.

The escorts were established almost a year ago as pro-Assad forces tried to extend their grip on Syria’s largest city, fully reoccupied in December.

However, the Facebook page in the name of Bahjat Suleiman, a key advisor to Bashar al-Assad, said the President had issued the order because the escorting forces were abusing merchants. It added the pretext that Aleppo is also now “safe”. 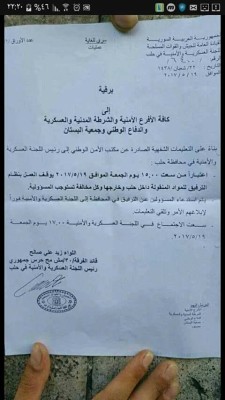