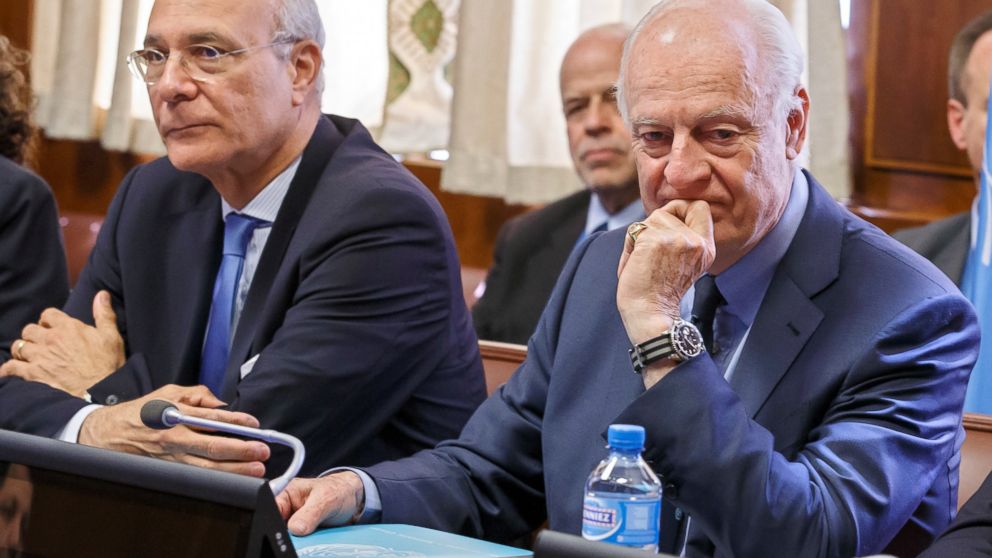 Syria’s opposition says it wants an extension of the current round of political talks in Geneva, saying more time is needed for indirect negotiations with the Assad regime.

The sixth round opened on Tuesday and is scheduled to end Friday. But opposition spokesman Salem Meslet said it was “not right” that only four days were allocated, as time in needed to prepare a response to a working paper presented by UN envoy Staffan de Mistura (pictured).

Meslet said the proposal involved “the constitutional frame” for a political transition.

The prospect of a transition is tenuous, however, as Bashar al-Assad has ruled out his departure from power and pro-Assad forces have maintained attacks and sieges since the talks were renewed in late January.

The envoy has proposed four areas for discussions: governance, a new constitution, elections, and arrangements to fight “terrorism”. He is now calling for the creation of a team of “consultative” experts from his office, with representatives from the regime and the opposition.

The opposition’s Meslet said the talks must proceed without the influence — political or military — of Assad’s main backers, Russia and Iran. He asserted the country’s future must be decided “in Syria — not in Moscow or Tehran”.

US: ISIS Setting Up “Chemical Weapons Cell” in Eastern Syria

US intelligence services assess that the Islamic State is convening all of its experts on chemical weapons into a cell in eastern Syria, according to an American official.

The official said the the cell is comprised of chemical weapons specialists from Iraq and Syria who have not previously worked together. They will work in an area within the Euphrates River Valley between Mayadin in Syria and al-Qaim, just across the Iraqi border.

“We know they have been moving a lot of their leadership out of [the Syrian city of] Raqqa and we suspect much of their technical expertise and planning as well,” Pentagon spokesman Maj. Adrian Rankine-Galloway, a Pentagon spokesman, said.

The UN has formally blamed ISIS for two attacks with mustard agent in northern Syria. The US military says the Islamic State has carried out more than 15 low-grade chemical weapons attacks since April 14 in or around western Mosul, ISIS’s main city in Iraq which is under attack by Iraqi forces and their allies.

[UPDATE 0900 GMT: Turkey has now called on the US to remove Brett McGurk as envoy for the fight against ISIS.

“Replacing McGurk would be beneficial,” Foreign Minister Mevlüt Çavuşoğlu told the broadcaster NTV in an interview.]

A day after President Recep Tayyip Erdoğan met Donald Trump, Turkey has renewed pressure on Washington, noting that the US envoy for operations against ISIS has appeared alongside the adopted son of the leader of the “terrorist” Turkish insurgency PKK.

Daily Sabah, an outlet close to Erdoğan, published the picture of Brett McGurk at a meeting on Tuesday with representatives of the Syrian Kurdish militia YPG and officials of the Kobani city council. Alongside McGurk is YPG commander Abdi Ferhad Şahin, known as Şahin Cilo, who was raised by PKK head Abdollah Ocalan. 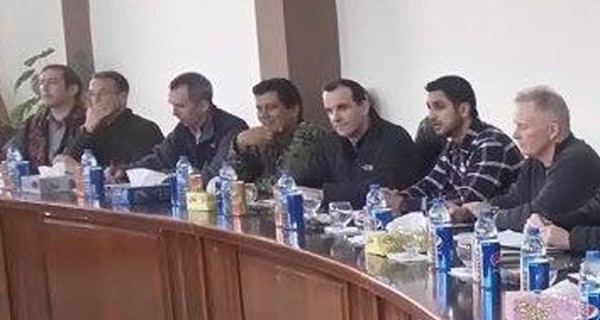 McGurk (third from right) with Cilo to his right

The Syrian Kurdish delegation and McGurk visited the Iraqi cities of Mosul and Erbil before returning to Kobani. Reports said there was discussion of the fight against the Islamic State and the US arming of the Syrian Democratic Forces, led by the YPG.

The US supply, ongoing since the SDF was formed in late 2015, was confirmed formally by Donald Trump last week despite Turkish objections.

Cilo was also seen alongside a US commander last month as they toured a YPG base bombed by Turkish warplanes. Immediately after the attack, the US moved armored vehicles and special forces into the area near the Turkish-Syrian border.

On Tuesday, Erdoğan and Trump were cordial in support of US-Turkish relations. However, the Turkish President maintained, “It is absolutely unacceptable to take the YPG-PYD into consideration as partners in the region, and it’s going against a global agreement we reached.”

Without referring to the YPG, Trump said, “We support Turkey in the…fight against terror and terror groups like ISIS and the PKK, and ensure they have no safe quarter, the terror groups.”