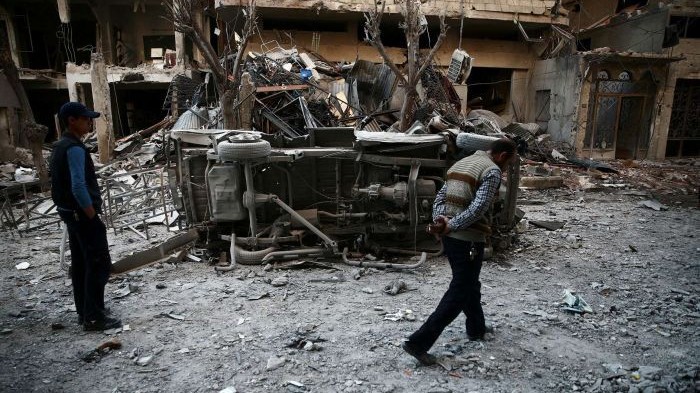 Syrian-American poet Amal Kassir recounts learning of the deaths of 10 family members in the Assad regime’s ongoing bombing on opposition areas near Damascus.

Speaking at The Kennedy Centre in Washington DC, Amal Kassir said her Colorado-based family sat and watched a mobile phone as the updates confirmed their worst fears. An aunt, cousins, an infant, and an unborn child were killed in the East Ghouta area on Tuesday, the same day as the regime’s chemical attack on a town in Idlib Province.

This Syrian-American poet just lost 10 family members in Syria when their house was bombed. pic.twitter.com/0G0Ft9MDyB