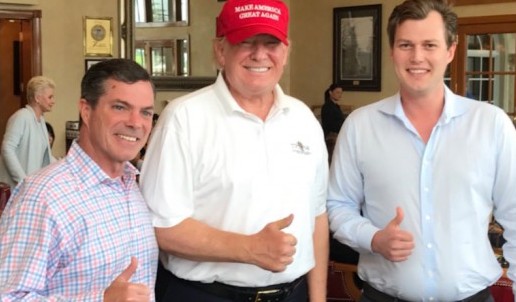 Developments on Day 59 of the Trump Administration:

Politics Over Wiretaps and Trump-Russia Links

With the House Intelligence Committee opening hearings on Monday, politicians stake out ground over both Donald Trump’s wiretap claims and possible links between Trump associates and Russian interference in the 2016 election.

Republicans and Democrats agreed that Trump’s allegations of surveillance by President Obama, helped by Britain’s electronic agency GCHQ, have no merit. The chairman of the House Intelligence Committee, Devin Nunes, said bluntly, “Was there a physical wiretap of Trump Tower? No…there never was.” The leading Democrat on the committee, Adam Schiff, added:

I hope that we can put an end to this wild goose chase because what the President said was just patently false….The wrecking ball it created now has banged into our British allies and our German allies, it’s continuing to grow in terms of damage, and he needs to put an end to this.

But, with FBI Director James Comey to address the committee on Monday, Nunes and Schiff differed sharply over the course of the Trump-Russia investigation by the FBI and other agencies. Nunes said that he had seen no evidence of “collusion” between Trump officials and the Russians — leaving open the question of whether the Trump campaign had knowledge of the Russian interference or tried to cover up contacts — while Schiff asserted that he had seen “circumstantial evidence of collusion” and “direct evidence of deception”.

See Trump’s Russia Scandals Could Get Much, Much Worse