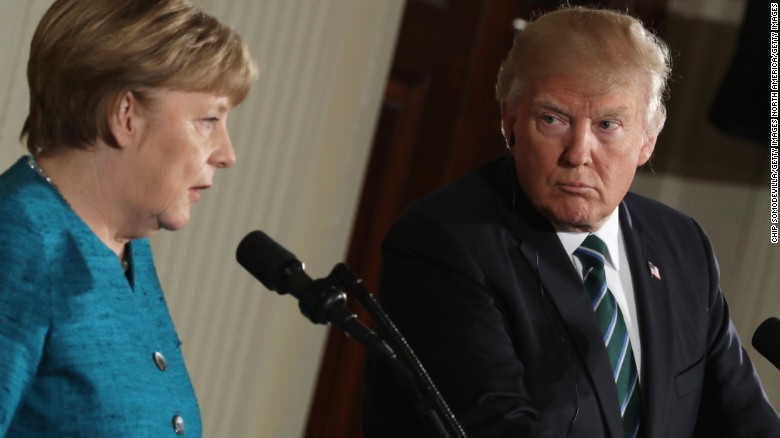 Donald Trump on wiretapping allegations against UK: “We said nothing. All we did was quote a certain very talented legal mind.”

Developments on Day 57 of the Trump Administration:

Donald Trump refuses to apologize to the United Kingdom over the White House’s unsupported claim that Britain’s electronic intelligence service spied on the Trump campaign in 2016.

White House Press Spokesman Sean Spicer sparked the furor on Thursday when he circulated the allegations of Fox News commentator Andrew Napolitano that the UK’s GCHQ had carried out the surveillance for President Obama so there would be “no American fingerprints on this”. GCHQ responded with a rare public statement that the allegations “are utterly ridiculous and should be ignored”.

Trump’s aides tried to calm the British in private conversations. Spicer said on Friday that he was only repeating what Napolitano said and endorsing it, and British Prime Minster Theresa May’s office said, “We’ve received assurances these allegations won’t be repeated.”

However, Trump refused to acknowledge any error, saying that he felt the White House had nothing to retract or apologize for. At a joint press conference with German Chancellor Angela Merkel, he told a German reporter:

We said nothing. All we did was quote a certain very talented legal mind who was the one responsible for saying that on television. I didn’t make an opinion on it.

Spicer said after the conference, “I don’t think we regret anything. As the president said, I was just reading off media reports.”

A White House official also said Spicer had offered no regret in a Thursday night conversation with the British Ambassador to the US, Kim Darroch: “He didn’t apologize, no way, no how.”

Fox News cannot confirm Judge Napolitano’s commentary. Fox News knows of no evidence of any kind that the now president of the United States was surveilled at any time, any way. Full stop.

Amid investigation of his associates’ links with Russia, Trump put out a series of tweets on March 4 that Obama wiretapped Trump Tower. He has not produced any evidence for the assertion, and the leaders of both the House and Senate Intelligence Committees have said that there is no substance. Sources said on Friday that the Justice Department has reached the same conclusion.

Trump and Merkel Talk Past Each Other

Donald Trump and German Chancellor Angela Merkel talk past each other in a meeting overtaken by chatter about the apparent discomfort between the two leaders.

Merkel expressed gratitude that Trump, who has said that NATO is obsolete, pledged support for the organization and the Minsk peace process in Ukraine. Trump insisted that he is a believer in free trade: “I am not an isolationist.”

But the German Chancellor defended her stance on refugees, globalisation and “win-win” trade deals, while Trump spoke of “radical Islamic terrorism” and set out an American-first approach to economic issues.

Trump also framed his comments on NATO, “Many nations owe vast sums of money from past years and it is very unfair to the United States. These nations must pay what they owe.”

Attention on social media quickly turned to the body language of the two leaders, including an apparent Trump refusal to shake hands with Merkel — although one reporter said the President may not have heard the Chancellor’s offer amid the noise of the room:

US Attorney Preet Bharara, dismissed by the Trump Administration last week, was overseeing an investigation into stock trades made by Health Secretary Tom Price, according to “a person familiar with the office”.

Price was asked during his confirmation hearings about his trading in health-related shares worth hundreds of thousands of dollars. He testified that the transactions were lawful and transparent, but Democrats accused him of potentially using his position as a Representative from Georgia to enrich himself.

Bharara was one of 46 U.S. attorneys, all appointed by the Obama Administration asked to resign last week after Trump took office. He refused to do so and was fired.

After his dismissal, Bahrara tweeted, “By the way, now I know what the Moreland Commission must have felt like.”

The Moreland Commission that was launched by New York Governor Andrew Cuomo in 2013 to investigate state government corruption, but was disbanded the following year as its work approached his office.

Conservative Republicans threaten to block the GOP’s bill to repeal and replace ObamaCare, saying that it does not go far enough.

The leader of the House Freedom Caucus, Mark Meadows, said there are at least 40 House Republicans who are opposed to the legislation and another 20 to 30 who are undecided.

If all Democrats object to the bill, GOP leaders cannot afford more than 21 defections.

Meadows’ comments came before House GOP leaders announced that they are making modifications to the bill that had been sought by the conservative Republican Study Committee.

A Freedom Caucus source said Friday afternoon, “The Freedom Caucus remains opposed to the [legislation] in its current form. Today’s announcement of the RSC’s support for the bill doesn’t change that.”

Meadows claimed at least a dozen GOP senators have problems with the House legislation. He has been meeting Senator Rand Paul, a vocal critic of the bill, and Senator Ted Cruz, the leader of the Freedom Caucus.

The White House includes a satirical column in its list of news stories supposedly hailing the Trump Administration’s proposed budget.

Friday’s edition of the “1600 Daily” highlighted a Washington Post article by humorist Alexandra Petri, “Trump’s Budget Makes Perfect Sense and Will Fix America, and I Will Tell You Why.”

A glance below the headline might have tipped off the satire:

Some people are complaining that the budget proffered by the Trump administration, despite its wonderful, macho-sounding name, is too vague and makes all sorts of cuts to needed programs in favor of increasing military spending by leaps and bounds.

These people are wimps.

America has been soft and weak for too long. BUT HOW WILL I SURVIVE ON THIS BUDGET? you may be wondering. I AM A HUMAN CHILD, NOT A COSTLY FIGHTER JET. You may not survive, but that is because you are SOFT and WEAK, something this budget is designed to eliminate….

AMERICA WILL BE STRONGER THAN IT HAS EVER BEEN! Anyone who survives will be a gun covered in the fur of a rare mammal, capable of fighting disease with a single muscular flex.