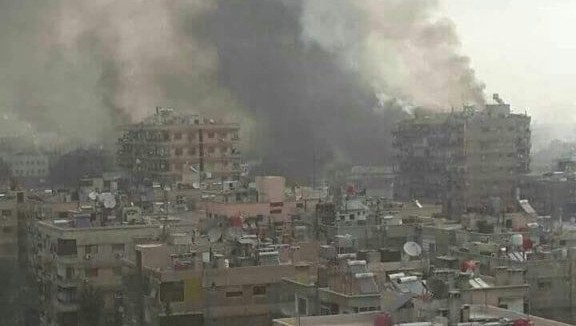 Israeli Warplanes Strike Inside Syria for 3rd Time in 4 Days

UPDATE 1630 GMT: There are conflicting reports about the state of the fighting in Jobar in northeastern Damascus.

State media are proclaiming that all areas lost on Sunday have been regained, but a well-placed local source says only one building was retaken “at huge cost” to the pro-Assad attackers.

The regime launched more than 75 airstrikes to try and push back rebels, according to pro-opposition activists.

Footage from the battle:

Aftermath of a strike on nearby Hamouriyah:

#Watch .. The horror in #Hamouriyah city soon after an airstrike on the populated neighborhoods. pic.twitter.com/0pIa4kNvUj

Fighters of Faylaq al-Rahman calling on a pro-Assad soldier to surrender:

#Jobar
The rebels have started the second day of battles in #Damascus.
Assad soldiers surrendering.
Video of #Faylaq negotiating a surrender pic.twitter.com/jQnchEl1SN

ORIGINAL ENTRY: Rebels have launched their largest attacks inside Damascus in almost two years, striking regime forces in the northeast district of Jobar.

The attackers — including Faylaq al-Rahman, Ahrar al-Sham, and some fighters of the jihadist bloc Hay’at Tahrir al-Sham — advanced on Sunday, beginning with two HTS suicide vehicle bombs destroying a regime operations room about 250 meters behind the frontline. They took several buildings, reportedly including an electricity station (see map), and fought for a transport garage near the al-Abbasiyeen roundabout.

A Faylaq al-Rahman spokesman claimed more than 100 pro-Assad soldiers were killed and dozens wounded. He said most of the casualties were Hezbollah fighters and Iraqi militiamen.

Other rebel sources declared that more than 50 pro-regime troops were captured, while a statement said two tanks and three armored vehicles were destroyed.

Pro-opposition activists said the regime carried out about 24 airstrikes to try and check the attacks. A resident in the nearby Tijara district said: “The streets are empty and the army has despatched dozens of troops in the streets, and tanks are being moved. The sounds of mortars from Jobar have not stopped.” Many shops were closed, as people moved into the capital away from the clashes.

A local source also said Russian officers and their families were moved from the area, and Damascus University’s School of Agriculture was closed.

Despite regime counter-attacks, by the evening the rebels had established an overground link between Jobar and Qaboun, the Damascus suburb where they have fended off a pro-Assad offensive in recent weeks, to complement tunnels through which they have been moving.

The rebels are hoping to counter the pro-Assad air and ground assault which has been trying in recent weeks to take Qaboun, Barzeh, and Tishreen, despite “reconcilation” agreements from early 2014. Over the past year, the regime and its foreign allies have taken much of the East Ghouta area to the east and northeast of the capital, but an opposition pocket has put up fierce resistance despite months of bombing and artillery attacks.

“This is to relieve the pressure on rebels, with the regime not stopping its bombardment and artillery shelling on our people,” Abu Abdo, a commander in Faylaq al-Rahman.

An immediate goal of Sunday’s attacks was to force the regime to divert forces, blocking its attempt to cut the road between Barzeh and Qaboun.

“Taking this road would isolate Barzeh and Qaboun completely and with a security belt around it,” said Abu Abdullah, a Faylaq al-Rahman fighter.

Kurdish Militia Agree to Russian Base in NW Syria

The Kurdish militia YPG has agreed to the establishment of a Russian military base in Afrin in northwestern Syria.

The YPG said Moscow will help train its fighters.

The Russian Defense Ministry says it has no plans for new military bases. Instead, it said a branch of its “reconciliation center”, pursuing capitulations of opposition territory, had been placed near Afrin in Aleppo Province.

Russia has stepped up its political and military support of the Syrian Kurdish Democratic Party (PYD) and its YPG militia. Earlier this month Moscow and the US placed units and equipment near Manbij, northeast of Aleppo city, to protect the city — held by the YPG-led Syrian Democratic Forces — from an advance by a Turkish-rebel force.

The Kurdish canton of Afrin is separated from the cantons of Cezire and Kobane in northeast Syria by opposition and Turkish-rebel territory.

The director of White Helmets rescuers in Daraa Province in southern Syria, Abdullah al-Sarhan, was killed when the vehicle in which he was travelling was struck by a missile fired by pro-Assad forces. 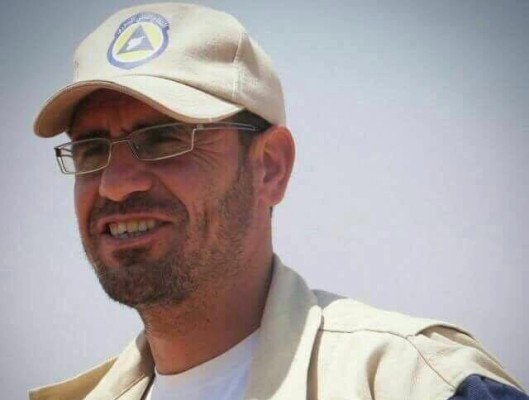 The Free Syrian Army and Jaish al-Islam have announced the capture of 1,200 square km (432 square miles) of territory from the Islamic State in eastern Qalamoun, northeast of Damascus.

Much of the area is desert, but there are also strategic points which ISIS can no longer use to reinforce units or attack rebels.