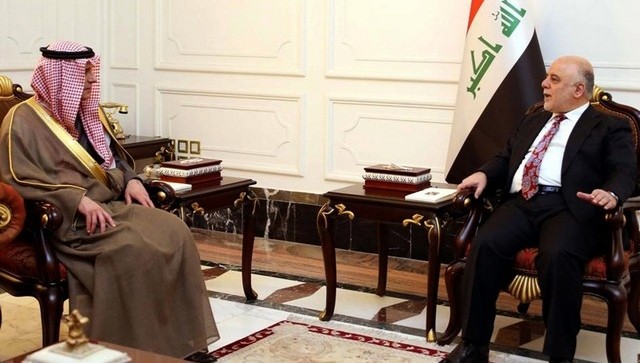 Iran has shown its concern over a visit by the Saudi Foreign Minister to Iraq, proclaiming that Riyadh is behind terrorism in the region.

Adel al-Jubeir’s meetings on Saturday in Baghdad, including with Iraqi Prime Minister Haider al-Abadi, were the first trip by a Saudi Foreign Minister to Iraq since 1990.

Of course, we consider as positive any move by countries supporting terrorist groups, particularly Saudi Arabia, to turn back from their destructive policies in the past and make up for their mistakes.

[But] no real change in the approach by this country has been witnessed.

Saudi Arabia and others in the region are not in a position to seek tension with Iran….Unfortunately, in some countries, including Saudi Arabia, some rookie groups have come to power that do not know much about their boundaries, history, and geography.

With Iraqi forces closing on the Islamic State in Iraq’s second city Mosul, countries are maneuvering for influence with Baghdad after the expected decline of ISIS as a political force. High-level US representatives, including Defense Secretary James Mattis, and Iranian officials have been in the Iraqi capital this month.

The brief statement from Prime Minister al-Abadi’s office pointed to this jockeying for position, saying Iraq and Saudi Arabia “discussed cooperation in various fields, including the fight against the Daesh [Islamic State] gangs”.

Shamkhani implied that Saudi Arabia, far from fighting ISIS, has been instrumental in the group’s rise, including the seizure of areas such as Mosul in June 2014. He said that “the irreparable damage” caused in countries such as Iraq and Syria could not be ignored.

Iran and Saudi Arabia have long been rivals for influence in the Middle East, but tensions escalated in January 2016 with Riyadh breaking relations with Tehran. There have been tentative efforts at re-engagement, including discussions this month on Iranian pilgrims returning to the Hajj in Mecca, but no progress so far.

Ahmadinejad praised Trump for “truthfully” describing “the U.S. political system and electoral structure as corrupt” and against the public’s best interest: “[The system has] enslaved people’s votes to benefit a certain minority, i.e. a group that seemingly rules in the form of two parties, but in fact represents a minority.”

Ahmadinejad, whose disputed re-election in 2009 sparked mass protests that were repressed by the Iranian regime, called on Trump to change the US electoral system and to free the “people’s will and interests from that imposed slavery”.

While lauding Trump, Ahmadinejad criticized the President’s “Muslim Ban” preventing citizens of Iran and six other Muslim-majority nations from entering the US. He also accused the US of creating and supporting terrorist organization and of obstructing the “right performance” of the UN.

The Supreme Leader told Ahmadinejad last autumn that he could not stand in the 2017 Presidential election; however, Ahmadinejad is seen as being behind the candidacy of his former Vice President Hamid Baghaei.

The US State Department deletes a tweet of congratulations for the Oscar-winning Iranian film The Salesman.

But the tweet apparently was withdrawn because of objections — from someone with the State Department, according to a source — to Farhadi’s criticism of Donald Trump’s “Muslim Ban” hoping to suspend visas for citizens of seven mainly-Muslim states.

In a speech read by two Iranian-Americans representing him, Farhadi said, “Dividing the world into the ‘us’ and ‘our enemies’ categories creates fear, a deceitful justification for aggression and war.”

“A congratulatory tweet was posted,” a State Department spokeswoman said. “We later removed the post to avoid any misperception that the USG [US government] endorsed the comments made in the acceptance speech.”

The @USAdarFarsi account sent best wishes on January 24 to Farhadi after the announcement of The Salesman’s nomination. That tweet is still online.