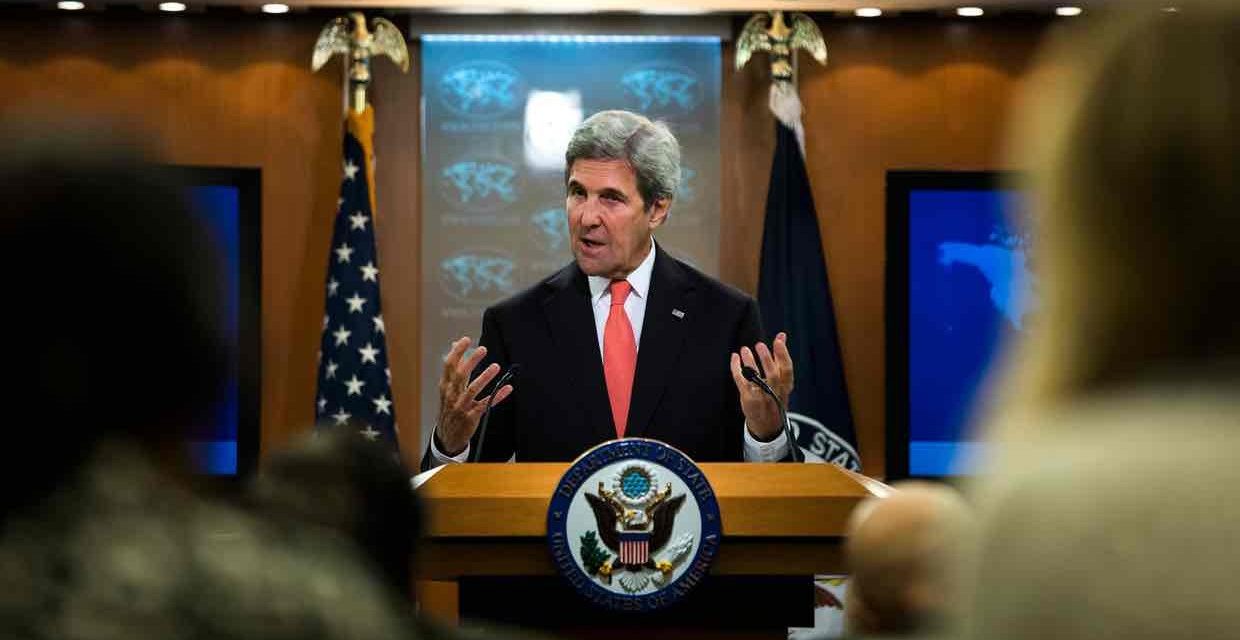 US Secretary of State John Kerry has blamed Britain for President Obama’s decision not to intervene after the Assad regime’s chemical attacks near Damascus in August 2013.

resident of the United States of America, Barack Obama, did decide to use force and he announced his decision publicly and he said we’re going to act, we’re going to do what we need to do to respond to this blatant violation of international law and of warnings and of the red line he had chosen.

Now we were marching towards that time when, lo and behold…Prime Minister David Cameron went to the Parliament…and he sought a vote for approval for him to join in the action that we were going to engage in. And guess what, the Parliament voted no, they shot him down….The President decided that he needed to go to Congress because of what had happened in Great Britain and because he needed the approval and that was the way we’d do something like that.

Kerry’s recollection is at odds with the accounts of other witnesses who said that Obama’s closest advisors gathered on August 31, two days after the British vote, and expected the President to authorize US aerial action in support of establishing safe zones. Instead, the President stepped out of the meeting and returned to tell surprised advisors that he was not proceeding but referring the matter to Congress.

How Russia Exploited US Decision

The Guardian summarizes that the Secretary of State’s insight into how Russia quickly exploited Kerry’s response to the Obama U-turn.

Kerry said he held a press conference in London and was asked if there was anything Assad could do to avoid being bombed. He replied yes, he could agree to get rid of his weapons, and within an hour and a half Kerry received a phone call from Russian counterpart Sergei Lavrov suggesting they cooperate on such a deal – something Obama and Vladimir Putin had previously discussed.

“All of a sudden Lavrov and I were thrown together by our presidents,” Kerry said, “in an effort to try and achieve that and guess what, we did achieve it, before Congress voted.

Moscow used the cooperation on Assad’s handover of most, but not all, of his chemical stock and equipment to take the lead on political maneuvers, pulling the US along, until Russia launched its own military intervention in September 2015.